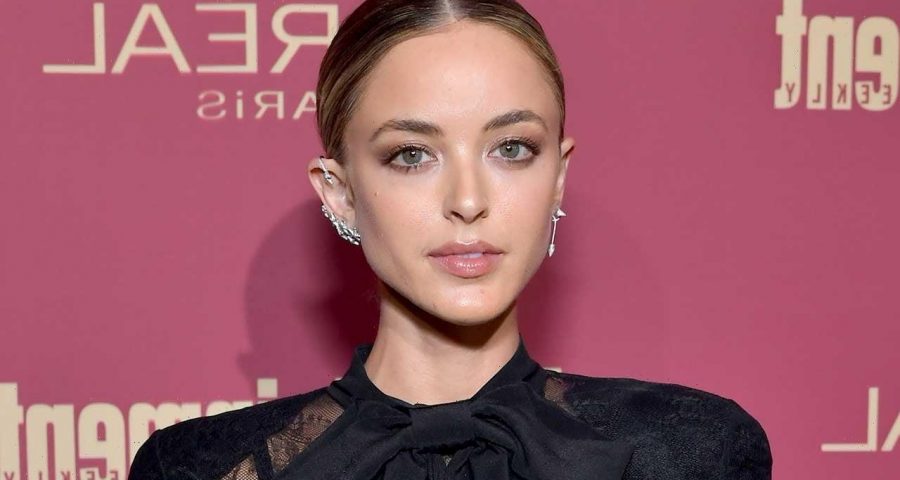 Congratulations are in order for Kaitlynn Carter.

The Hills: New Beginnings star revealed on her Instagram that she and her boyfriend, Kristopher Brock, are expecting their first child together. Carter, 32, posted a photo of her and Brock’s shadows, which shows them holding hands and her burgeoning baby bump. The two have been dating for just over a year.

A source tells ET that Carter and Brock are “beyond excited” about her pregnancy. According to the source, to celebrate, the couple booked a Babymoon at Esperanza, Auberge Resorts Collection in Cabo and it was a “dream vacation.”

“They wanted to do something extra special just the two of them before they made the news public,” a source says. “She is obsessed with the spa at Esperanza and wanted to spend a couple days pampering herself.”

The source adds that they booked a stay at the luxury resort for two nights, from Sunday to Monday.

“It was the perfect mix of romance and relaxation,” says the source, who shared that the couple stayed in a Garden spa casita and enjoyed a romantic beachside dinner, and that Carter also indulged in a prenatal spa treatment.

Meanwhile, according to an eyewitness at the resort, “They looked so relaxed and you can tell they’re so in love. They were really affectionate and always smiling. She looks amazing! She was showing off her bump and she really is glowing.”

The eyewitness added that the couple spent the day in the shade in a private pool cabana.

Brock is the co-founder of the women’s luxury ready-to-wear label, Brock Collection. Carter was previously married to Brody Jenner. The two announced their split in August 2019 after five years together. That same month, Carter was spotted kissing Miley Cyrus. Days after the sighting, Cyrus and her then-husband, Liam Hemsworth, called it quits. Carter and Cyrus split in September 2019.

Carter and Jenner spoke about their breakup on the latest season of New Beginnings, with her saying, “I feel like throughout the course of our breakup, there has been so much speculation about why we broke up. We’ve never talked about it publicly, other than, ‘We weren’t lining up. Things weren’t right.'”

See more on Carter and Jenner’s relationship in the video below.