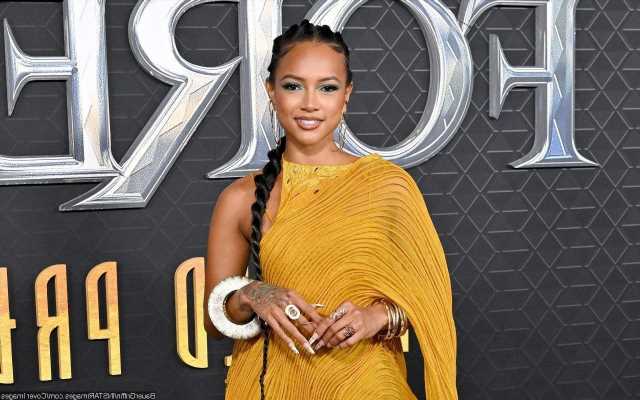 The former star of ‘Claws’, who was at Sundance to attend the premiere of the film ‘Divinity’, followed the tribute up with another post in which she attached a throwback photo of her and her father.

AceShowbiz –Karrueche Tran revealed that her father has sadly passed away. The “Claws” alum announced the devastating news on Instagram Story by offering a tribute to her late dad, DeVon Minters, while she was at Sundance Film Festival.

“the past seven days have been tough.. receiving the call I always feared,” the 34-year-old said. “making decisions I wasn’t prepared for… being at Sundance which is something I prayed for… trying to celebrate my accomplishments while in pain… feeling so many emotions all at once and at the same time feeling numb.”

Tran, who was at Sundance to attend the premiere of the film, “Divinity, followed it up with another post in which she attached a throwback photo of her and her father. In the accompanying message, she wrote, “Rest in paradise dad.”

The posts have since been flooded with supportive comments from fans after they were uploaded by The Shade Room. “Sending big love to karreuche as losing a parent is devastating,” one person wrote. Another replied, “Man,I have a special respect for people who have lost a parent or a child, that’s a different kind of hurt I hope she gets thru this.”

Tran has previously opened up about her relationship with her dad. When speaking to MadamNoire in 2015, she divulged, “I don’t think I’ve ever told anybody this, but my father is gay.”

I think I never told anybody just because I don’t realize that that’s not necessarily normal,” the Los Angeles-born artist continued. “I live my life as me, so it’s just like, ‘Oh, that’s my dad.’ “