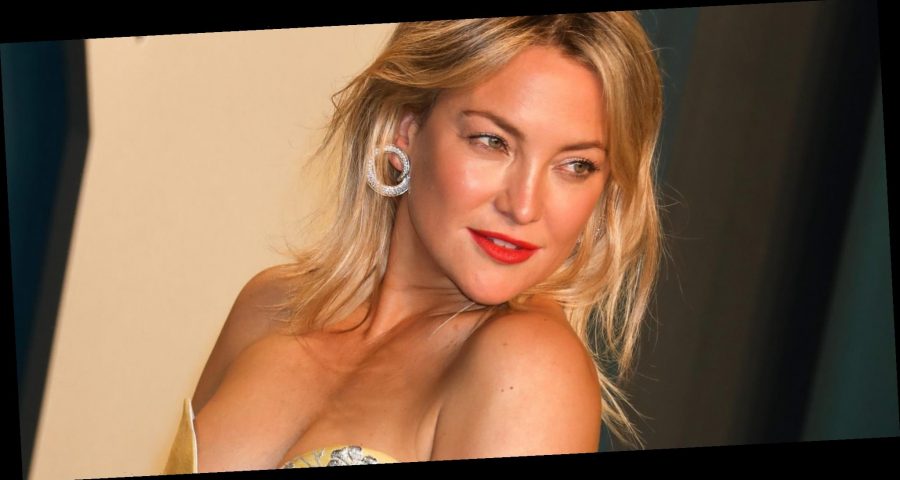 As a petition to ban Sia's new movie, Music, reaches more than 100,000 signatures due to its "harmful stereotypes of autistic people," Kate Hudson, one of the film's stars, is addressing the backlash.

During an appearance on Jimmy Kimmel Live! on Friday night, Hudson responded to the ongoing criticism about Sia's controversial decision to cast Maddie Ziegler as a character with autism, rather than an actor who is on the spectrum. "I think when people see the film, that they will see the amount of love and sensitivity that was put into it," Hudson said when asked about the negativity surrounding the movie's release.

She continued, "But it is an important conversation to have, not just about this movie, but as a whole — about representation."

Hudson went on to say that she feels "terrible" when she hears anybody felt left out of the narrative. "It's an ongoing and important dialogue to be had, about neurotypical actors portraying neurodivergent characters. It is an important one to have with people with experts and who know how to engage in the conversation. I encourage it, truly," Hudson said, adding: "I think that it's important to say that we are listening."

Back in November, Sia first came under fire for her casting of Ziegler, and after doubling down in defense of her decision, the singer eventually apologized following the movie's nomination for two Golden Globe awards earlier this month. "I'm sorry," she wrote in a series of since-deleted tweets, according to People. "I promise, have been listening. The motion picture MUSIC will, moving forward, have this warning at the head of the movie."

The warning reads, "MUSIC in no way condones or recommends the use of restraint on autistic people. There are autistic occupational therapists that specialize in sensory processing who can be consulted to explain safe ways to provide proprioceptive, deep-pressure feedback to help w meltdown safety."

"I plan to remove the restrain scenes from all future printings. I listened to the wrong people and that is my responsibility, my research was clearly not thorough enough, not wide enough," she concluded.