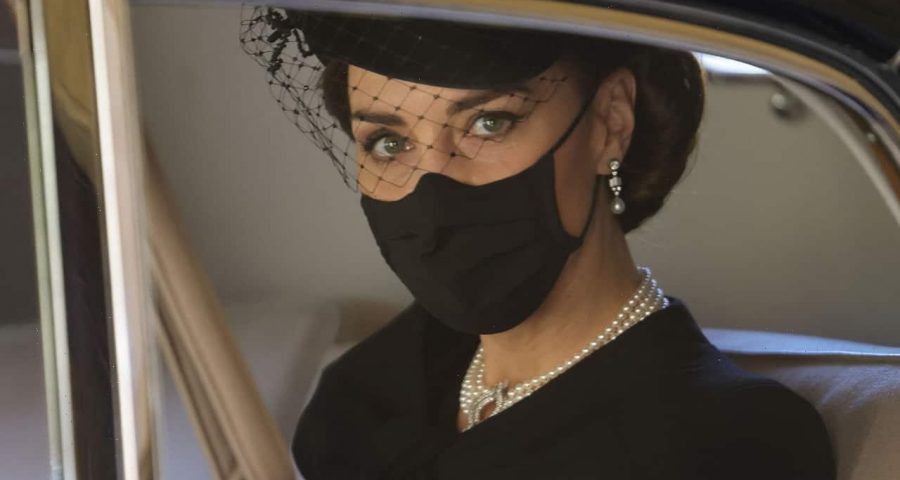 The Duchess of Cambridge presented a model of dignified grace at the funeral of Prince Philip Saturday, with a tribute to the Queen and her late mother-in-law wrapped around her neck for good measure.

Kate Middleton attended her first royal funeral wearing a chic black $2,000 Roland Mouret dress with an asymmetrical neckline, a simple black mask and pill box hat with a net veil. She had previously worn the dress at an event in 2018.

The attention grabber, however, was around her neck, The Daily Mail reported.

In what was seen as a tribute to both the Queen and Princess Diana, her husband Prince William’s late mother, Middleton, 39, wore a pearl choker from among Her Majesty’s personal jewels. 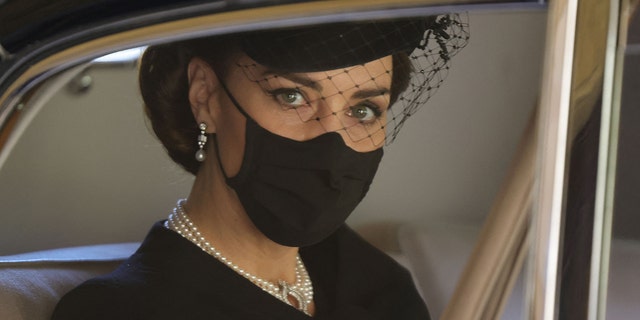 The four-row necklace with a diamond clasp was made at the Queen’s request with Japanese pearls given as a gift by the Japanese government. The Queen wore the necklace in the 1980s and 1990s, including former Prime Minister Margaret Thatcher’s 70th Birthday dinner in 1995.

Kate sported the choker at the Queen and Prince Philip’s 70th wedding anniversary dinner at Windsor Castle in 2017.

Her late mother-in-law Princess Diana wore the same necklace in 1982.

Diana, who reportedly loved pearls, borrowed the baubles for a banquet given by Queen Beatrix and Prince Claus of the Netherlands at Hampton Court Palace during the Dutch royal family’s visit to the UK. 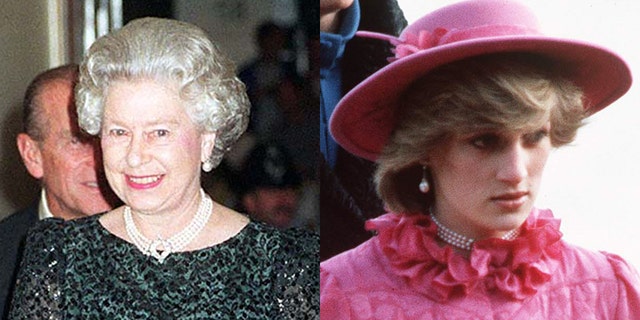 Queen Elizabeth II (left) and Princess Diana (right) both wore such pearl necklaces in the past.
(Getty Images)

Middleton completed the ensemble with drop pearl earrings that also belong to the Queen.

A separate nod to Diana took place during the funeral ceremony, with the singing of “Rhosymedre” by Vaughn Williams. The traditional British folk song was also played at Princess Diana’s funeral in 1997, The Sun reported. Prince Philip was close with Diana and made an effort to make her feel accepted by the royal family.