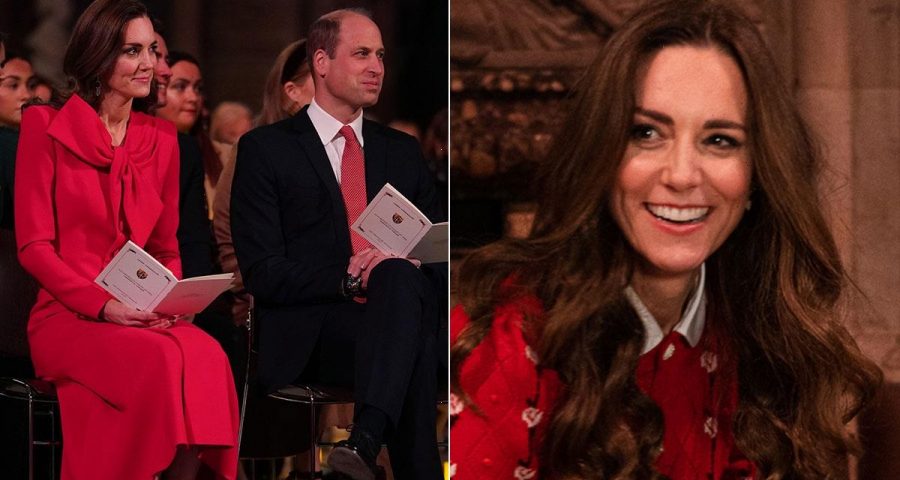 The Duchess of Cambridge has surprised TV viewers by accompanying singer Tom Walker on the piano in a special performance for her carol service. Kate, who has played since she was a child, sat at a grand piano in the candlelit Chapter House of Westminster Abbey as the star sang his poignant hit For Those Who Can’t Be Here.

MORE: The Queen’s Christmas Day speech to be ‘particularly personal’ in year of Prince Philip’s death

Tom said of her star turn: “I thought she absolutely smashed the performance; it’s not easy to just jump behind a piano with a bunch of musicians you’ve never played with before and record live takes to camera, but she completely nailed it.”

The song was broadcast on ITV as part of Royal Carols: Together at Christmas, which was masterminded by Kate.

The Scottish singer said of playing with the Duchess: “It was truly an honour”, adding, “Without doubt, it was a once in a lifetime experience.” “She’s such a lovely, kind and warm-hearted person and she took the time to thank everyone personally for the opportunity to play together.

“It was a crazy pinch yourself kind of day for me, to be in such a beautiful venue playing alongside the Duchess with my band and a string quartet. I certainly won’t forget that in a hurry! “My mum had a total freak out when she saw it on the telly. I know this song will resonate with a lot of people this Christmas and my heart goes out to anyone raising a glass around the table remembering those who can’t be with us.”

HELLO! understands that Kate and Tom rehearsed once together before recording the song in a couple of takes the day before the carol service took place at the Abbey. The Duchess came up with the idea after meeting Tom at a Forward Trust event, also attended by Ant and Dec, in October. She was impressed by his song Leave a Light On, about the struggles of people with addiction.

“She was really struck by that song and by him, so he was approached to play at the carol service,” a royal source told HELLO! “When the Duchess heard Tom’s Christmas song, For Those Who Can’t Be Here, which obviously speaks to a lot of what people have gone through this year in terms of losing a loved one, she came up with the idea of accompanying him on the piano.”

As Kate revealed in her introduction to the carol service, “Music was so important to me during the pandemic as I think it was to so many people too.”

The source added: “Music was very important to her during the lockdowns and playing the piano brought great comfort to her. She played a lot during lockdown.

“She also recognises the powerful way in which music brings people together – especially during difficult times. For these reasons, she was keen to be part of Tom’s performance in this way.”

Royal Carols: Together At Christmas will air at 7.30pm on Christmas Eve on ITV

Tom wrote the song for his mum last year, following the death of his grandfather, saying recently: “It was a tough time for everyone but especially my mum. I wanted to write this song for her as I can’t imagine how difficult it is to have a parent or a loved one absent at Christmas for the first time.”

SEE: How to host a Christmas dinner party like Kate Middleton, the Queen and other royals

Kate played piano and the flute as a child reaching Grade 5 in both singing and music theory. Daniel Nicholls, her piano music teacher from the ages of 11 to 13, said in 2011, “I don’t think she was ever going to be a concert pianist.”

The Duchess reportedly played the flute until the age of 18 and played in the chamber orchestra and a group called the Tootie-Flooties while at St Andrew’s Prep School in Pangbourne.

The Queen and her sister Princess Margaret played the piano, but it is not known whether Prince George, Princess Charlotte or Prince Louis have begun lessons yet. While the Duke of Cambridge is not thought to play, his mother Diana, Princess of Wales, played piano and the Prince of Wales played cello.

In her introduction, the Duchess revealed her excitement over hosting the service at Westminster Abbey, a place she said is “really special to William and me”. The couple wed there in April 2011 and celebrated their tenth wedding anniversary earlier this year.

Led by the Duchess, and supported by The Royal Foundation, the carol service was attended by people Kate and William met during recent engagements, as well as members of the armed forces involved in Operation Pitting, young carers, faith leaders and those who may have been more vulnerable or isolated during the pandemic.

Kate described them as “inspirational individuals”, adding: “We owe them a huge debt of gratitude for all they’ve done in bringing people together and supporting their communities.”

She said: “Music was so important to me during the pandemic as I think it was to so many people too. But above all it’s about celebrating the goodwill, the acts of kindness, love, empathy, and compassion to help people come through these difficult times.

“I hope everyone can enjoy this evening with their family and friends. And I wish you a very Merry Christmas and Happy New Year.”

The service showcased music from the Westminster Abbey choir, as well as featuring performances from Leona Lewis and Ellie Goulding. It also featured readings from Prince William, British Paralympian and junior doctor Kim Daybell, actor Tom Felton and presenter Kate Garraway, plus a performance of To The Day, a composition written for the service by poet and writer Lemn Sissay.

Royal Carols: Together At Christmas will be available on the ITV Hub followings its broadcast.

Make sure you never miss a ROYAL story! Sign up to our newsletter to get all of our celebrity, royal and lifestyle news delivered directly to your inbox.