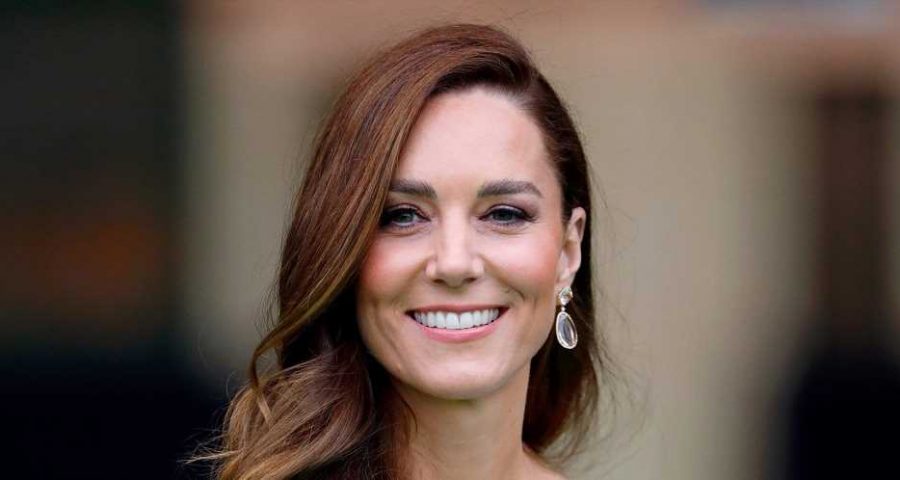 The very first Earthshot Prize in London celebrated sustainability in more ways than one. While the £1 million prize may be the biggest draw — five organizations from around the world won £1 million to further their causes — the invitation's request that guests "consider the environment" when choosing an outfit is also making headlines, especially when fans saw Kate Middleton wear one of her most memorable looks again, 10 years after it made its red carpet debut. The Duchess of Sussex re-wore a Grecian-inspired draped Alexander McQueen gown that first made an appearance during the Cambridges' U.S. tour in 2011.

It wasn't a complete repeat, however. Kate added a new belt to the look, swapping out the initial white shimmering belt for a sparkling gold and bronze one from another one of her go-to designers, Jenny Packham. She also added earrings by Kiki McDonough that she wore to her sister Pippa Middleton's wedding in 2017. Prince William followed the night's guidelines, as well, re-purposing a green (appropriate!) velvet suit that he wore back in 2019 at the homelessness charity Centrepoint's 50th-anniversary gala. And pulling a style move from his wife, he updated the look slightly by switching a traditional white button-up for a stealthy black turtleneck.

Just last week, Kate re-wore an Erdem coat that she first wore in 2014 during the royal couple's tour of New Zealand. Her appearance at a Generation Earthshot event was also to promote education and sustainability and, again, she definitely understood the assignment.