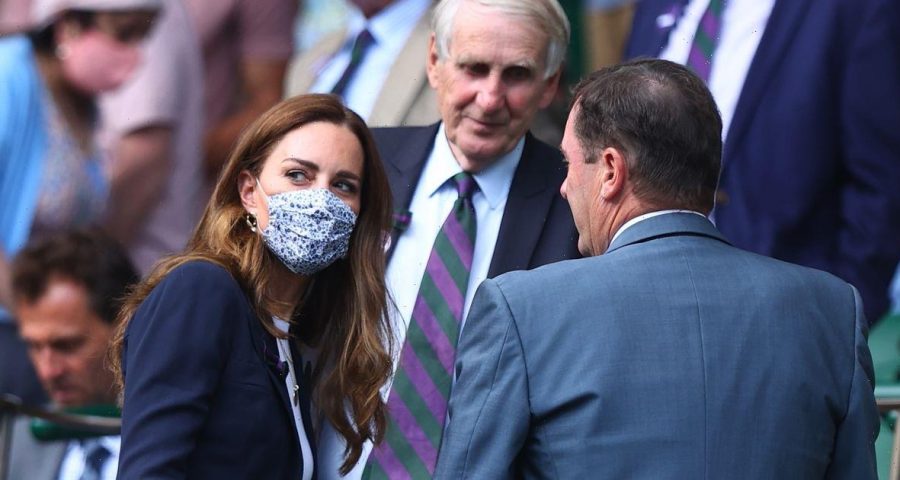 Kate Middleton was reportedly told she had come into contact with a positive coronavirus case in person as she attended Wimbledon on Friday.

The 39 year old was revealed to be self-isolating on Monday as she was forced to pull out of royal engagements alongside her husband Prince William, also 39, as he celebrated the NHS' 73rd anniversary.

It was quickly believed that she had come into contact with somebody who has contracted the virus as she attended the tennis tournament last week, with The Times now confirming this.

The publication reports that she was alerted of the positive case at around 4:45pm on Friday after spending the day courtside, having arrived at the All England Club at 11am.

She had been mingling with the likes of Tim Henman, who is not self-isolating, in the Royal Box, before leaving at 5pm – missing the match her friend Andy Murray was playing in.

The Times says: "She was alerted after taking her seat next to the Duke of Kent and in front of Body Coach Joe Wicks, but left 'immediately' after being told she had come close to someone who tested positive for coronavirus."

Kensington Palace said on Monday that Kate had came into contact with the positive case "last week" but did not specify where. Last week was a busy one for the Duchess of Cambridge as she attended England's nail-biting Euro 2020 match against Germany with husband Prince William and son Prince George days before attending Wimbledon.

A spokesperson for Buckingham Palace told ITV News: "Last week The Duchess of Cambridge came into contact with someone who has subsequently tested positive for COVID-19."

A separate spokesperson said: "Her Royal Highness is not experiencing any symptoms, but is following all relevant government guidelines and is self-isolating at home."

Kate looked sensational on Friday as she made her final public appearance at Wimbledon before being advised to self-isolate.

She opted to wear a tailored navy jacket with a white top underneath, along with a polka dot midi skirt for her day courtside.

Her look was teamed with white heels and a white bag, along with pretty earrings and two gold necklaces.

Kate took to social media in May to announce she had received her first dose of the vaccine.

She shared that she had been given her first jab at London's Science Museum, the same place as her husband.

It is believed that she has since received the second dose of her vaccine.