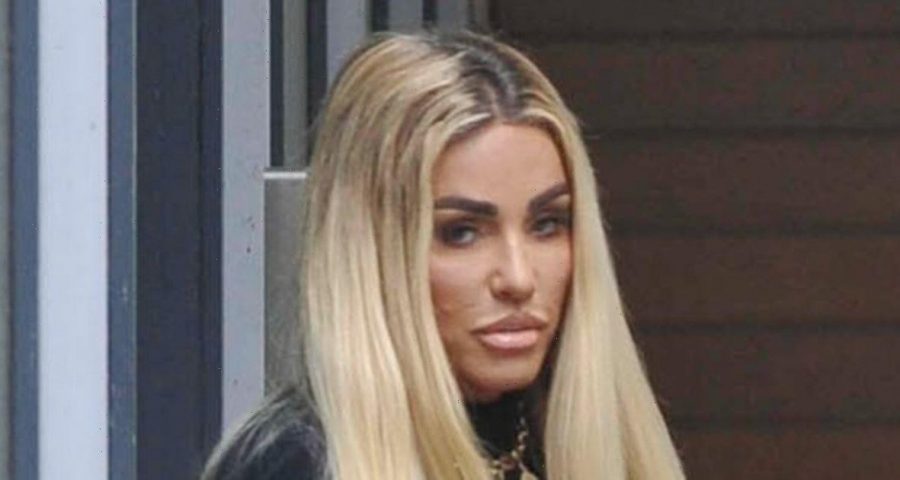 Katie Pricehas been pictured arriving at Channel 4 headquarters in Leeds, with partner Carl Woods in tow.

She’s spoken out about this horrifying ordeal, and the impact it’s had on her life, ahead of the release of a new documentary Trauma And Me, on Channel 4.

In the documentary she’ll be discussing how trauma of the experience left her suffering a mental breakdown and led to a suicide attempt.

Katie said: "Six guys jumped us, held me at gunpoint and raped me."

And on her Channel 4 show Trauma and Me, which was filmed following Katie's drink driving car crash last year, she said explained how her mental health crisis was sparked by the ordeal:

"I hit severe depression a couple of years ago, depression on top of PTSD, I was suicidal, didn't want to be here. I tried to kill myself.

"I knocked myself out and had black eyes. I had bruises around my neck. I woke up. I didn't want to be here."

She has also revealed that despite reports that she was in rehab for alcoholism and substance abuse, this was actually for treatment for the PTSD she had been left with following the rape.

The mum-of-five said: “I have had my eyes opened about a lot. When you go in The Priory, people assume that it must be for drinks or drugs.

"I have never ever been in The Priory for drink, drugs or addiction. I have been in the priory for trauma rehabilitation for PTSD.”

Katie has spoken to OK! telling us that because herfamily is so close, they don't really understand her mental health struggles .

She said: "My mum, my sister, my dad, my brother, I know you don’t get to see all of them in the documentary but you can not get a tighter knitted family together. Our bond is so strong. And that’s what none of [them] can understand.

"Why did this happen to me because we’re all so strong? But there’s reasons why it’s happened to me and they understand it. And no one could have done anything about it. It’s people taking advantage of me. It’s just happened all of my life."

For support on suicide and suicidal thoughts, visit the Samaritans website or call their 24/7 helpline on 116 123.