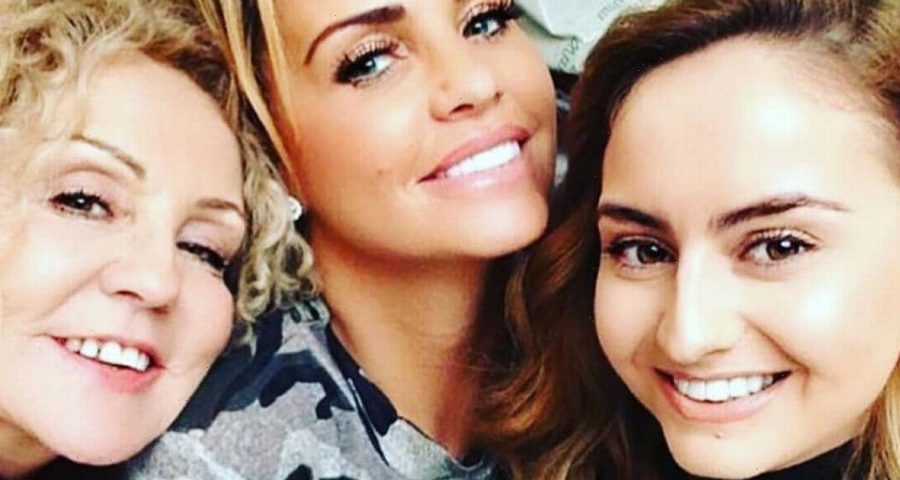 Katie Price has shared a new photo of her half-sister Sophie's newborn son Albert as she paid tribute to her sibling after she gave birth to her first child.

The 43 year old former glamour model said she was "so proud" of her sister in the gushing message, which she shared on her Instagram page.

Katie, who was credited by Michelle Heaton for "saving her life", shared a black and white close-up image of the tot's arm to show off his hospital wrist band.

In the caption, elated aunt Katie penned: "So proud of my sister @sophie_pricey and Harry unfortunately I wasn’t able to be at the hospital because of covid but were with them all the way through !" She continued: "I love you sophie and Harry and my gorgeous nephew Albert" followed by a red heart emoji.

Mum-of-five Katie then quipped at the end of the message: "welcome to the parent world and lack of sleep" alongside four laughing face emojis.

Meanwhile, fans of The Pricey commented to share their congratulations on the expansion of her family.

Sophie announced she had given birth to her first child, whom she shares with partner Harry Brooks, on her Instagram earlier on Monday 31 May.

The former glamour model's sibling shared a picture of her baby boy's hand.

The little tot could be seen wrapped up in a white knitted-blanket as his mum gushed over him in the caption. She wrote: "We're finally home..Harry, me and our little Albert," followed by a blue heart emoji.

Celebrity friends were quick to comment and Katie's ex-husband Kieran Hayler, who is expecting a child himself, posted a blue heart emoji and a red heart emoji.

Katie's daughter Princess also shared her thoughts over the exciting news as she wrote: "My gorgeous cousin," alongside a red heart emoji.

Sophie took to her social media to announce she was expecting her first child back in November 2020. The 31 year old posted a snap of herself posing with partner Harry while they held up ultrasound scan images.

She then revealed she was due in May as she added: “Bring on May 2021!!” followed by an angel emoji.

Sophie ended her caption with the hashtags #pregnant #pregnancyannouncement #BabyBrooks.