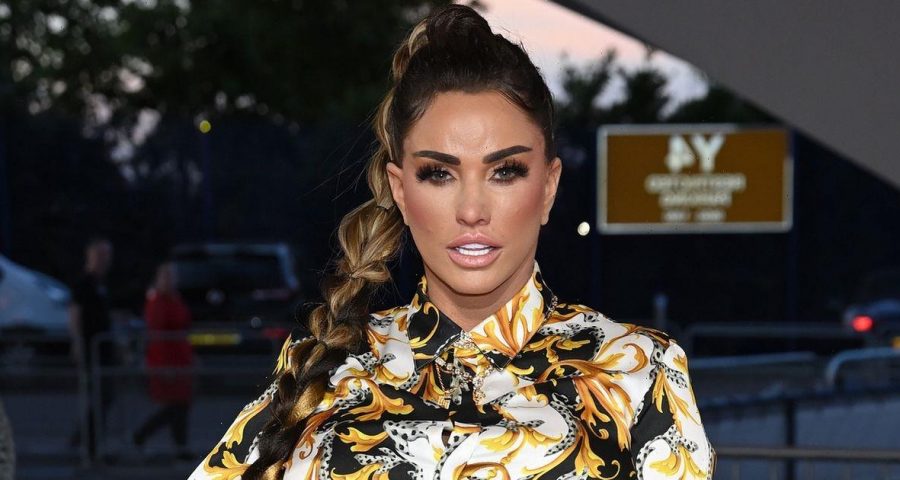 Katie Pricehas reportedly been urged by her family to return to rehab after her recent "erratic behaviour".

Katie, 43, wasfirst arrested in September 2021after crashing her car while both driving under the influence and with a suspended licence.

She’s since had another reported run-in with the law after beingarrested for breaching a restraining order by contacting her ex-husband Kieran Hayler’s fiancée.

Katie could now befacing prison, sparking her family to encourage the 43 year old to return to The Priory for further treatment.

A source said, as perThe Mirror: “Her life is just so chaotic and all over the place. She needs a period of recalibration and rehab is the best option, currently.”

Katie also had her phone seized following her arrest on Friday 21 January.

“She was informed it had been seized for evidence and cops gave no indication if it would be returned,” a source said. “She was distraught.”

A Sussex Police spokesman said of Friday’s arrest: "At 5.45pm on Friday (21 January) police responded to a report that a suspect had breached their restraining order. Officers arrested a woman in her 40s who has been released under investigation while enquiries continue."

Katie was given a five-year restraining order in 2019 after swearing at Kieran’s fiancée, Michelle Penticost, in the school playground and was banned from contacting Michelle "directly or indirectly".

In a statement outside court following her conviction in 2019, Katie said: "Today I pleaded guilty to disorderly conduct not threatening anyone as the media are saying.

"In fact, I have never been charged with any form of threatening behaviour.

"I did swear, but the rest is just exaggerated nonsense."

Katie hasrecently discussed her stint at The Priory on Good Morning Britain, where she revealed she will be getting therapy “every week forever”.

“They could have done, and the events leading up to it were really traumatic and it’s still been traumatic after so I’m not ready to talk about it yet,” the reality TV star said to Susanna Reid.

“But what I can say, is obviously I went to The Priory and I’ve made the decision finally that I see a therapist every week forever to deal with the traumatic events that led me up into that car.

“Because I’m very good at hiding things, but when I’m ready to talk about it, I will come on and talk about it.”

For updates on all your favourite celebs, sign up to our daily newsletter here.