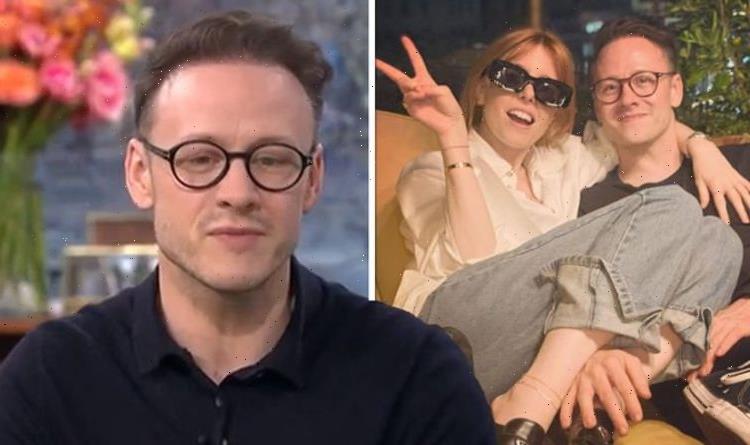 Kevin Clifton made the revelation on the 100th episode of his podcast The Kevin Clifton Show, where he admitted to his friend and mentor Rob Moore that he would be open to settling down and becoming a dad.

“I mean it’s not like something that’s being actively worked on at the moment,” he said.

Kevin then chimed in, saying: “We talk about it here and there. I think we’re both quite open to the idea of having kids.

“You know. We haven’t really like put a timeline on it or anything, but yeah, maybe, who knows?”

The couple has been together since 2018 when they were first partnered on Strictly Come Dancing, which they ended up winning that same year.

And though Stacey Dooley and Kevin have tried to keep most of their relationship out of the limelight, this isn’t the first time that the pair have openly admitted to feeling strongly about the idea of having kids.

Stacey had previously gushed in an interview with Hello! that she believed Kevin would make an incredible dad simply based on the person she knows him to be.

“He is an angel. He is the kindest man I’ve met. His temperament is very chilled and he would be an amazing father,” the Luton native said.

Despite the fact that Kevin and Stacey both feel strongly about welcoming kids in the future, the latter did stress that she was a little hesitant based on the current state of the world.

“I think I want to have kids, I’m sort of back and forth. I love the idea of having a gang, a unit, and us against the world. I love all that,” she expressed.

“And I would like to take care of someone. But I’m also quite morbid and because I’ve seen so much (expletive), I think what am I bringing them into?”

Stacey had also touched on the subject of becoming a mother in an episode of her W series Stacey Dooley Sleeps Over, where she shared that she’d be more likely to have children with Kevin than marry him.

She quipped that she’d be “completely and utterly useless. He’d divorce me in a heartbeat.”

“I don’t think I want to get married. I think I’d be more interested in starting a family than getting married.”

Regardless of whether or not the two are looking to start a family soon, however, one thing that remains intact is the strength of their relationship, with the pair having moved into their first home together last year.

Kevin and Stacey spent well over a year renovating and decorating the house which is full to the brim with flowers, luxurious fittings and candles, but it would appear the two have finally settled into their dream pad.

The TV presenter has documented the journey of moving and renovating right from the beginning, and fans on social media couldn’t be happier with the outcome.

“Looks so homely already!! Wish you nothing but love & happiness in there,” one fan, aimzlucy44, wrote in an Instagram post where Stacey gave a glimpse of her living room and dining area.

A third, danielle_windsor, echoed similar words, saying: “I’m glad it’s not just me that prefers to ‘hang’ their pictures on the floor!”

Kevin, who abruptly quit Strictly in March 2020, has since signed on for the West End show Singin’ In The Rain as he slowly rebuilds his career following a year-long hiatus due to the coronavirus pandemic.