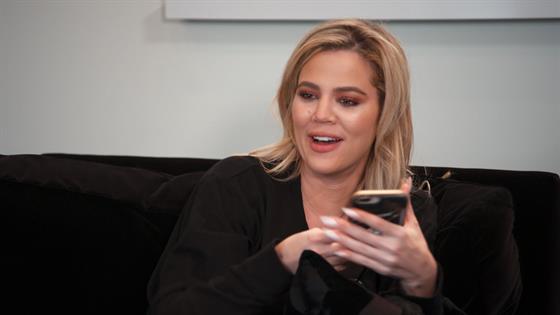 Khloe Kardashian is the fairy tale nanny of most kids’ wildest fantasies—her 5-year-old niece’s, especially—in this exclusive clip from Sunday’s new Keeping Up With the Kardashians. Aunt KoKo knows it too, since she hardly takes a breath before obliging when Kim Kardashian calls with an eleventh-hour activity request for eldest daughter North, who’s apparently just as enthusiastic about insects as she is stretch limos.

“Do you know that North is dying to go in a limo?” Kim asks Khloe over the phone. “If there’s any way we could get a limo just for the day…”

As is made clear earlier on in the clip, True Thompson‘s mom has a lot going on this week. Seconds before, Kris Jenner invited her and longtime BFF Malika Haqq to Palm Springs for a similarly last-minute girls’ weekend, after which Khloe’s headed straight to Cleveland for the week with her own daughter.

“I can do that tomorrow,” Khloe tells Kim.

“Oh my god, she’d love it!” her sister replies. One other thing, though: “I don’t know if it’s open anymore, but there is a spider exhibit…”

Which is, understandably, where KoKo draws the line.

“OK, I’m not going to a spider exhibit. Sorry, North,” she says, while Malika squeals a little in the background. Still, give a gal some credit! “Basically, I’m Mary f–king Poppins,” Khloe finishes, and it’s hard not to agree.

See all the KarJenner family plans pan out in the clip above!

Watch a brand new episode of Keeping Up With the Kardashians Sunday at 9 p.m., only on E!