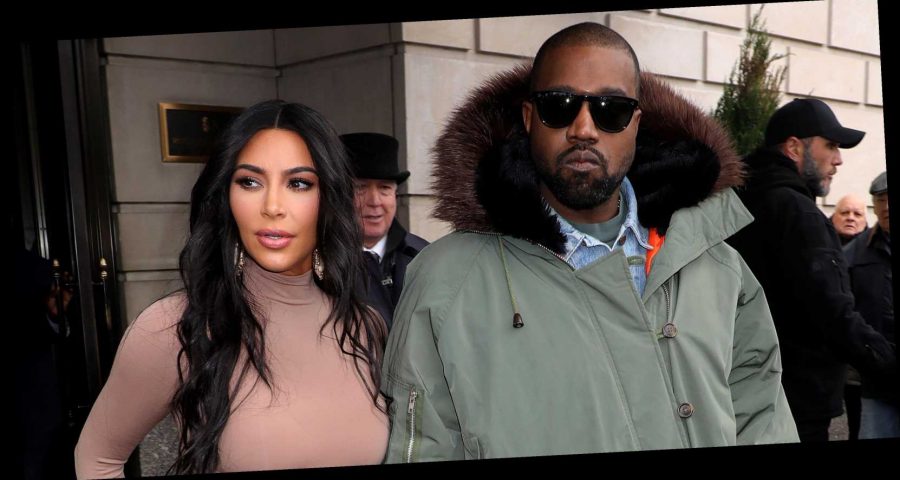 Kim Kardashian is officially staying at the not-at-all haunted “minimal monastery” mansion she and Kanye West built together. Here’s the deal:

Page Six had previously reported that the $40 million house (which they sunk another $20 million into renovating!) was going to be an issue in the couple’s divorce, especially since Kanye technically owns the home, while Kim owns the surrounding property. “Kim is trying to get Kanye to turn over the Calabasas house to her, because that’s where the kids are based and growing up. That is their home,” a source said. “She owns all the land and adjoining lots around the house but Kanye owns the actual house. They’ve both put a lot of money into renovating it.”

Kim told Architectural Digest that she fell in love with the home in 2013, saying:

The couple renovated the house with the help of Belgian interior designer Axel Vervoordt, with Kanye explaining: “When I saw the kind of work he was doing, I thought, This man could design Batman’s house. I had to work with him. It was a coup to get Axel to come to Calabasas to redo a McMansion, which is essentially what the house was.”

According to People, Kanye is currently splitting his time between L.A. and his ranch in Wyoming. Glad to hear he and Kimmy are on the same page amid their split—which we’ll doubtless find out more about on the upcoming final season of Keeping Up with the Kardashians.

You love all the deets on the Kardashian family. So do we. Let’s overanalyze them together. ✔️