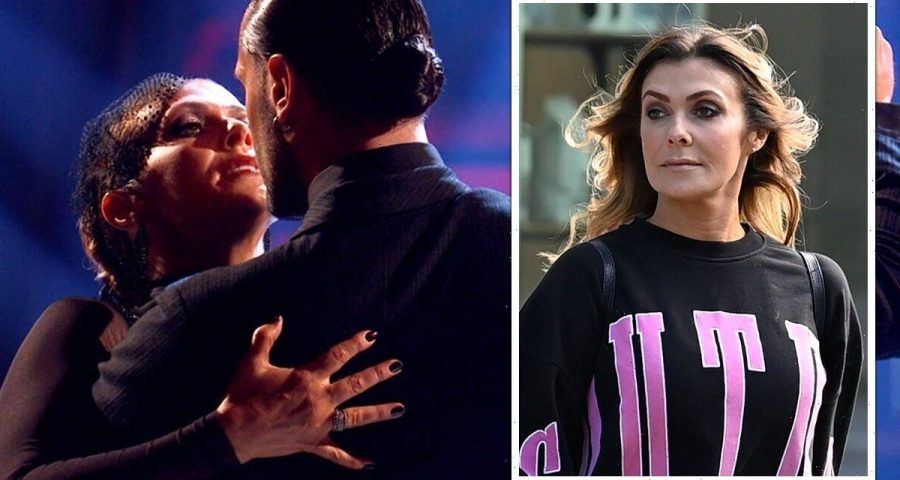 Kym Marsh, 46, is currently competing on Strictly Come Dancing alongside professional dancer Graziano Di Prima. Both Graziano and the judges have taken notice of Kym’s confidence woes, and the dancer has reportedly even had to remove the mirrors from their rehearsal studio.

Kym has delved into almost every area of the entertainment industry, starting as a pop star before transitioning to an actress, and now becoming a dancing sensation.

The Coronation Street star originally fell in love with the performing arts in school, and as a result found herself relentlessly bullied.

She explained that she believes her self-doubt, which has at times brought her close to being eliminated from Strictly, stems from these experiences.

The Waterloo Road star eventually escaped the bullies by moving to a different school 18 miles away.

This move ultimately also saw Kym being in the right place at the right time to become a pop star with the band Hear’Say.

She told The Mirror she “was bullied quite badly” and explained that it lasted from when she was a kid up into high school.

Kym added: “That really knocked me, it took a lot out of me as a child.

The former singer believes that while she physically escaped the bullies, she still carries the mental load of her experiences.

This has left her feeling almost like she suffers from “imposter syndrome”.

She explained: “It’s a bit like, ‘I don’t really know why I’m here. I don’t know why anyone’s interested in me’.”

On the Strictly dance floor, this translates to Kym fixating on the one step she didn’t do right even when the entire dance goes well.

She added: “I think it’s because I am my worst enemy.

“No one can say anything about me that is worse than what I can already think about myself.”

Graziano has even had to go as far as removing the mirrors in the rehearsal room to stop her from over-analysing herself while they practice.

Kym admitted Strictly is “like therapy”, and recently she has made a remarkable U-turn.

In last week’s It Takes Two, the star admitted she’d had enough of being in dance-offs and “had a word” with herself to ensure she wouldn’t end up there again.

The “mindset change” has seemingly worked as last week Kym placed second on the leaderboard, just one point behind Hamza Yassin.

This is also the first time Graziano has reached week eight of the competition since joining Strictly in 2018.

Strictly Come Dancing continues on Saturday at 6:55pm on BBC One.