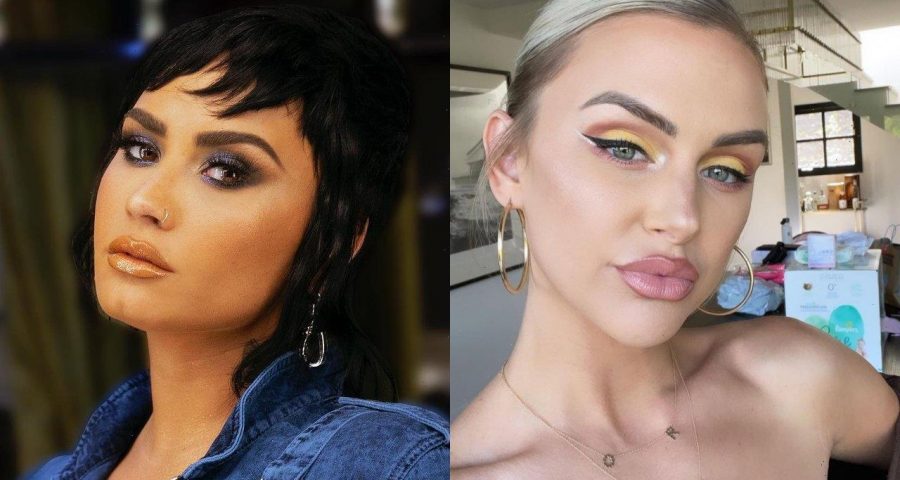 When speaking about the ‘Dancing With the Devil’ singer’s unconventional recovery strategy in a new interview, the ‘Vanderpump Rules’ star claims that ‘it’s not a real thing.’

AceShowbiz –Lala Kent has weighed in on Demi Lovato‘s “California Sober” recovery approach again. In a new interview, the “Vanderpump Rules” star insisted that she doesn’t believe that such an unconventional method of sobriety is working.

When making an appearance on “Watch What Happens Live with Andy Cohen“, the reality star shared her thoughts on “California Sober” after a viewer asked how she felt after her co-star Raquel Leviss said that her fiance James Kennedy applied the same recovery approach as Demi. “It’s not a real thing. [It’s] not a real thing,” she argued.

“The term is dry and I’m obviously in the program,” Lala, who has been sober since October 2018, further stressed. “I’m with a lot of incredible men and women who do everything in their power to never pick up any sort of substance,” she added.

Lala then pointed out, “So to hear someone say, ‘I’m California sober,’ it doesn’t sit right with me.” On the reason why, the 31-year-old TV personality explained, “Because I’m a person who only drank and smoked weed and almost lost my entire life. So, I don’t like it.”

“The smallest amount of anything could potentially — you could fall off the wagon,” Lala further shared. “So for me, I just think … just don’t disrespect people who work really hard to never pick up anything and remain in their right frame of mind at all times.”

Back in July, Lala had shared a similar sentiment on “California Sober” after Demi introduced their recovery approach in their docuseries “Demi Lovato: Dancing with the Devil”. The model argued, “There are people out there who work their a** off to never take themselves out of reality and to never place themselves in an altered state.”

“So to say that you’re like California sober or this type of sober is extremely offensive,” Lala stressed. She went on emphasizing, “I’ve been in rooms with men and women who have given up everything just to not pick up. You’re not sober if you’re drinking or you’re smoking weed. You are not sober.”

Lala herself has been sober since 2018 in the wake of her father’s death. When opening up about her sobriety journey in April 2019, she said, “I swear by the program of AA… I know that old-timers will hate me for talking about the program because of it being an anonymous program.”

“But there is a generation, my generation, that’s struggling and they need to know about this program,” Lala elaborated further. The TV personality then highlighted, “It exists and it’s saving my life.”