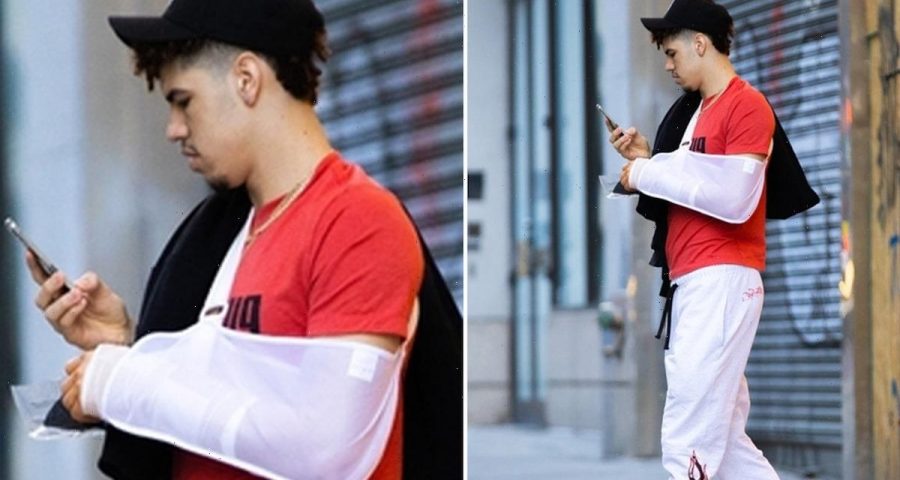 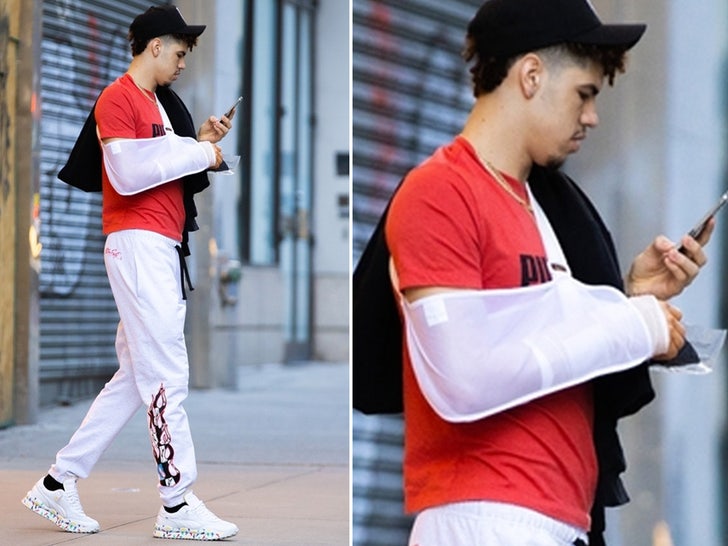 LaMelo Ball is officially on the mend after undergoing surgery to fix his fractured right wrist on Tuesday … with the Charlotte Hornets rookie stepping out in NYC with his arm in a sling hours after going under the knife.

The youngest Ball brother flew to the Big Apple to have the procedure performed by Dr. Michelle Carlson at the Hospital for Special Surgery … which will keep him sidelined for at least the next month.

19-year-old Ball was spotted leaving his hotel in NYC Tuesday afternoon in his Puma shirt and shoes … as well as a pair of $1,100 Chrome Hearts sweatpants.

Of course, Melo went down with the injury on Saturday against the L.A. Clippers … and the team initially feared he would miss the remainder of the season.

But, there’s now hope the Rookie of the Year frontrunner could still return in 2021 … depending on how quickly he heals up … and if the Hornets can reach the playoffs (they’re currently the 8th seed in the Eastern Conference).

Ball tweeted shortly after the surgery saying, “extremely blessed” … which is great news all around.