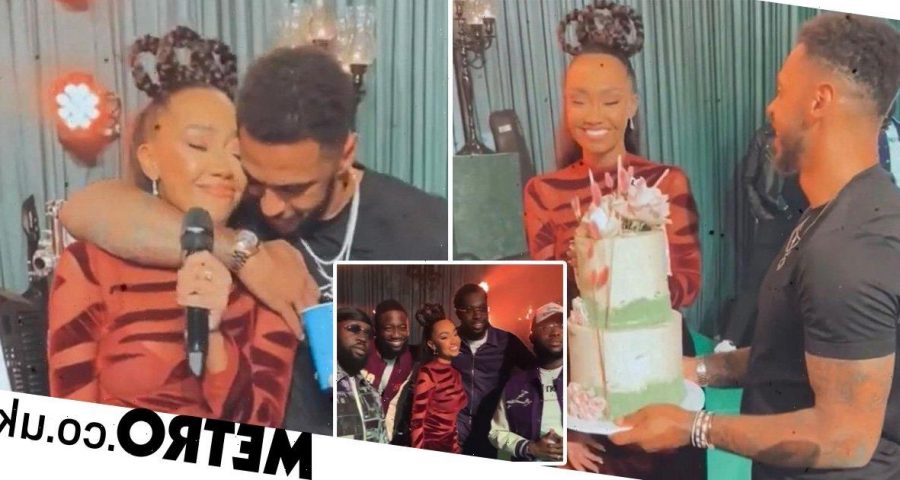 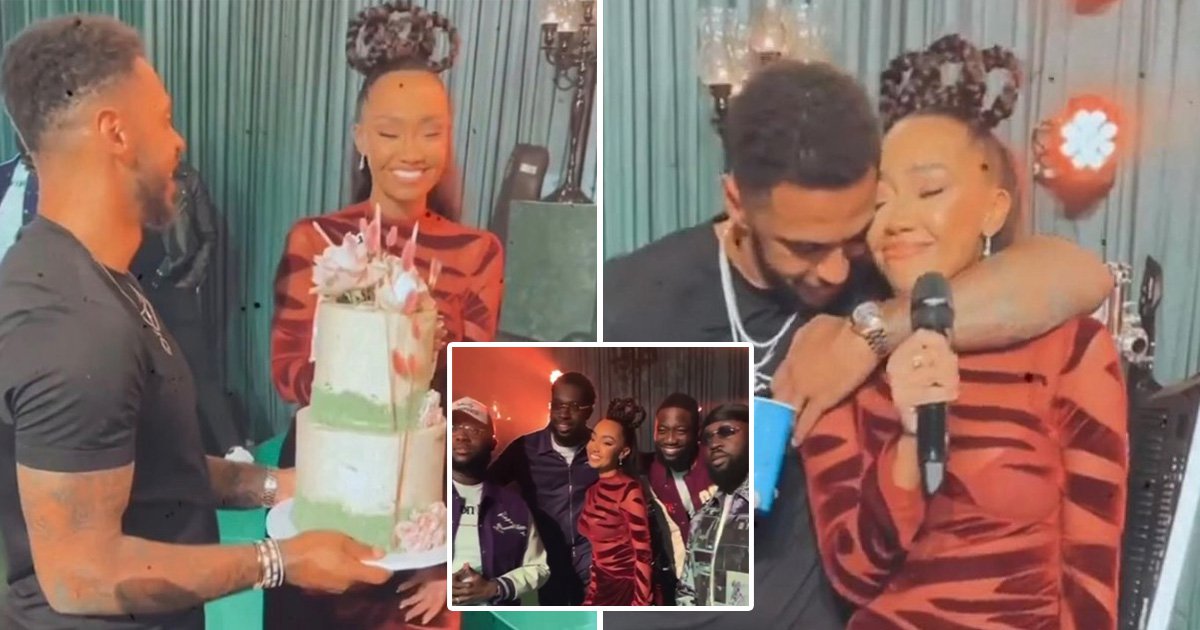 Leigh-Anne Pinnock vowed to ‘keep using [her] voice’ as she delivered a tearful speech at her 30th birthday party following reports of a feud between her and former bandmate Jesy Nelson.

The Little Mix singer celebrated her milestone birthday, which fell on October 4, on Saturday night with her loved ones, including fiance Andre Gray, sister Sairah Pinnock, and celebrities such as Sugababes star Keisha Buchanan.

In footage shared on social media by her sister Sairah and other guests, Leigh-Anne is seen breaking down in tears during her speech. It comes after a week of controversy surrounding her apparent fallout with ex Little Mix singer Jesy.

With Andre wrapping a supportive arm around the singer, she continued: ‘I’m so proud of everything I’ve achieved. The most beautiful fiance who I’m still pretty much obsessed with.’

Leigh-Anne then gave a special heartfelt shout-out to her and Andre’s twins, who they welcomed in August.

‘And best believe everything I stand for, everything I’m fighting for is for them. And I will never stop. I’ve found my voice now and I will continue to use it. Now tonight, we celebrate life, family, good health. I love you all.’

It’s possible Leigh-Anne was also referring to her campaigning against racial inequality, which has included a BBC documentary about racism and colourism, and starting the Black Fund foundation to help empower Black communities.

Andre, 30, gave a speech himself and told his wife-to-be while referring to their twins: ‘When they grow up, I hope they’re just like you.’

Leigh-Anne looked stunning in a sheer burgundy catsuit with a zebra pattern from designer Laquan Smith, which also featured a velvet wrap skirt.

It was the first time the Woman Like Me singer has been heard speaking out since the controversy unfolded last week.

Jesy, 30, caused a stir with the music video for her debut solo single Boyz, in which she was accused of blackfishing and changing her appearance to appear racially ambiguous. However, the pop star denied this and insisted she simply ‘loves Black culture’.

An influencer then leaked DMs allegedly sent by Little Mix’s Leigh-Anne Pinnock addressing the blackfishing scandal, and reportedly calling Jesy ‘horrible’ and claiming she ‘cut off’ the rest of the group after she quit last year.

It then escalated when Nicki Minaj, who features on Boyz, hosted an Instagram live with Jesy and defended the star, while branding the singer’s former bandmates ‘jealous clowns’.