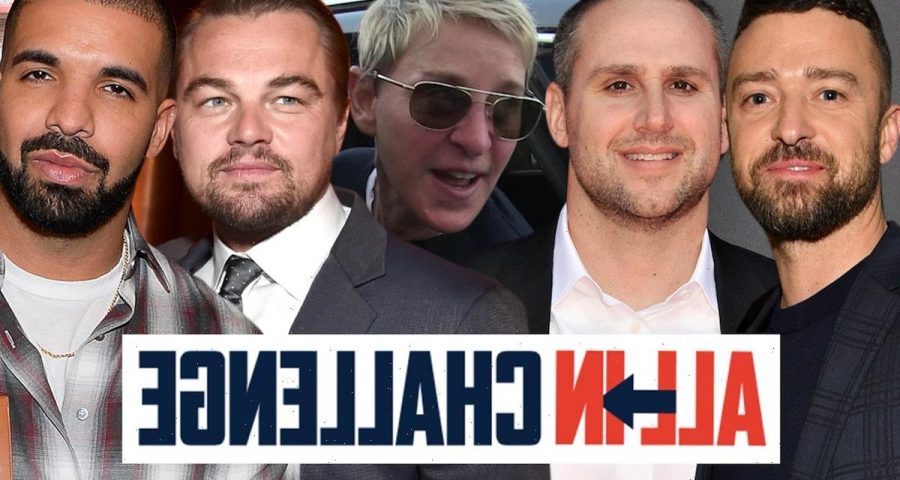 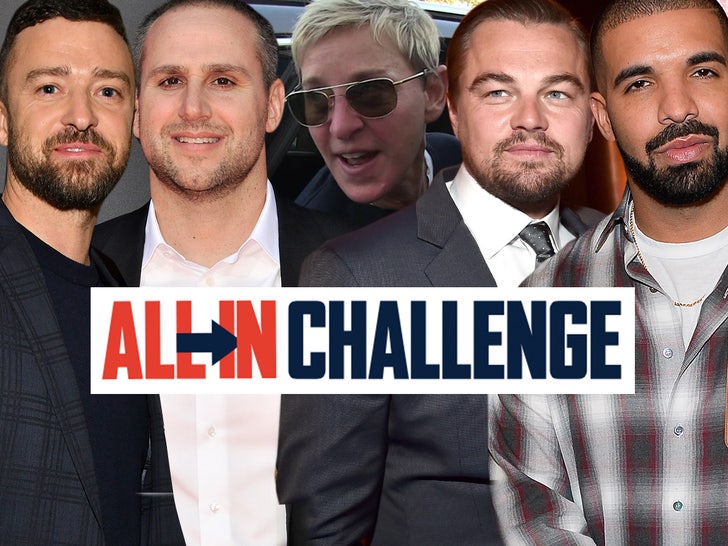 Good luck trying to score Leonardo DiCaprio, Drake or Michael Rubin‘s All In Challenge fan experiences … the competition is $TIFF!!!

Leo, Michael and Ellen DeGeneres are all in the top 10 fan experiences … meaning they have the most entries, as of Friday afternoon. Michael, the 76ers partner who created the All In Challenge, and his ultimate sports fan experience still has one of the most wanted celeb offerings.

As we told you … ALL proceeds from the auctions and raffles are going to help feed Americans affected by COVID-19.

Leo’s holding that No. 1 spot by raffling off a walk-on role in his next Martin Scorsese-directed film “Killers of the Flower Moon,” which costars Robert DeNiro. So, a shot at hanging with Leo and Bobby D is as popular as you’d expect.

Rubin, who also owns the popular Fanatics brand, is offering you tickets to almost ALL of the world’s biggest sporting events —  the NBA Finals, World Series, Stanley Cup Finals and the Olympics Opening Ceremonies, to name just a few. He also threw in a $100k Fanatics gift card!!!

Ellen’s giving someone a chance to be her next co-host. Here’s the rest of the celebs within the top 10 … although, in no particular order:

Of course, that list excludes some awesome auction items, like the ones Tom Brady, Magic Johnson and Peyton Manning are offering — but those big-ticket items have also helped the All In Challenge already bring in almost $8.5 million!!!

Rubin still has way more celebs and teams embracing his humanitarian mission … so keep checking in, and GOOD LUCK!!!