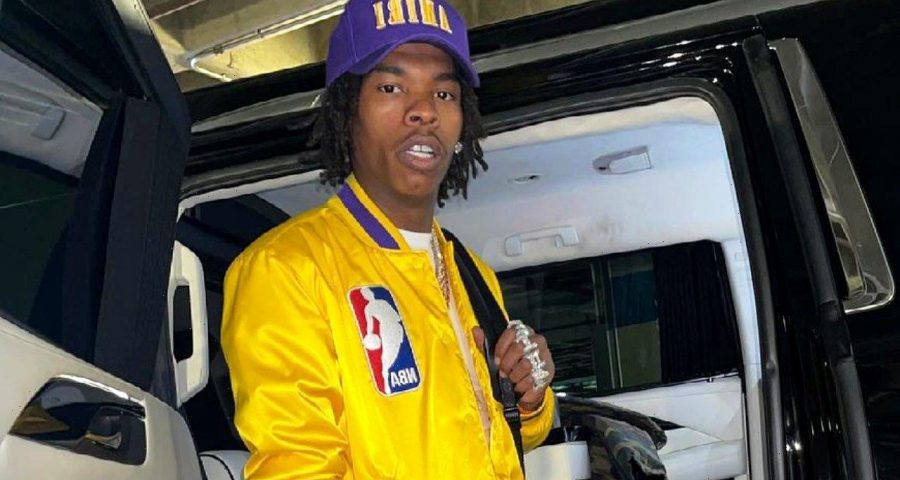 Complaining about the lack of bras he is getting during his most recent tour stop, the Atlanta rapper takes to Instagram Story to share a video of two bras and wonder, ‘Why I only got two bras tho.’

AceShowbiz –Lil Baby definitely loves an excited crowd, so the rapper was not happy when he had only two bras being thrown at him during his most recent concert. The “Drip Too Hard” rapper took to his Instagram account to complain about the matter.

Complaining about the lack of bras, Lil Baby wrote on Instagram Story, “Why I only got two bras tho.” He also posted a video of a white and black bra on the floor of his backstage room following his performance in Albuquerque, New Mexico.

After his video was reposted by some blogs, people began to weigh in on the matter. “That Victoria secret bra too expensive to be throwing it got me fucced up,” one person commented. Another person reasoned, “Cuz my bras are expensive lol and I’m grown!! I’m not about to throw my bra at anyone.”

“I’ll be dammed if I through that Victoria’s Secret bra s**t like 50 dollars just for the bra I’ll keep mine on,” someone else added. Another comment, meanwhile, read, “Chile bras and panties cost too much just to throw them now days.”

In other news, it was said that Lil Baby was wearing a fake Patek to the 2021 Met Gala earlier this month. While attending the star-studded event, the Atlanta rapper was spotted earing what seemed to be a Patek Philippe Nautilus ref. 5711/1P “40th Anniversary” which was released in 2016. The watch was a limited edition of 700 pieces with a retail price of $113,400.

It would be cool if only that was not fake. After being notified that he was wearing a replica, Lil Baby called out Rafaello & Co, which later issued an apology to the rapper.

“I personally want to apology to Lil Baby for not doing my due diligence when selling him the Patek watch,” the company said on its statement. “I should’ve inspected the watch after purchasing it from the dealer. I take full responsibility for not doing my job properly. I personally would NEVER knowingly sell him or anyone else anything that is not 100% authentic.”