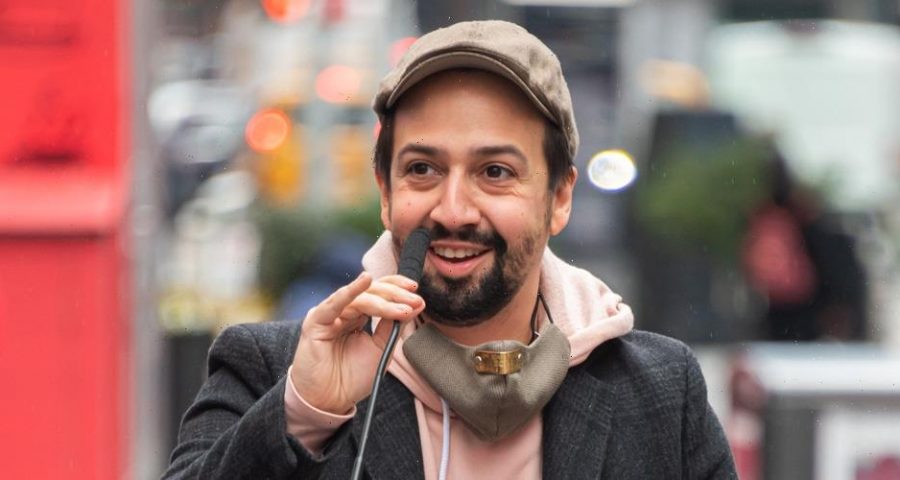 Lin-Manuel Miranda takes to a podium to speak at the grand opening of a new COVID-19 Vaccination Site in the Broadway Theatre District of New York City on Monday (April 12).

The -year-old actor, Hamilton and In The Heights creator joined Mayor Bill de Blasio on a tour of the new site, which is intended to jump-start the city’s entertainment industry.

During the tour, Lin-Manuel was joined by his father, Luis.

“So I’m emotional today,” Lin-Manuel told to the socially-distanced crowd who attended the opening. “It’s being run by Susan [Sampliner], who’s the company manager at Wicked. And if anyone knows how to make sh** run on time, it’s Broadway stage managers.”

He added of the addition of the vaccination center, “We want to tell stories in the dark, and we can’t do that if we don’t feel safe and you don’t feel safe.”

Check out the pics of Lin-Manuel Miranda opening the new Broadway Vaccination Center below!

Just recently, Lin-Manuel opened up about changing a lyric in one of the songs from In The Heights for the upcoming movie. Here’s why…