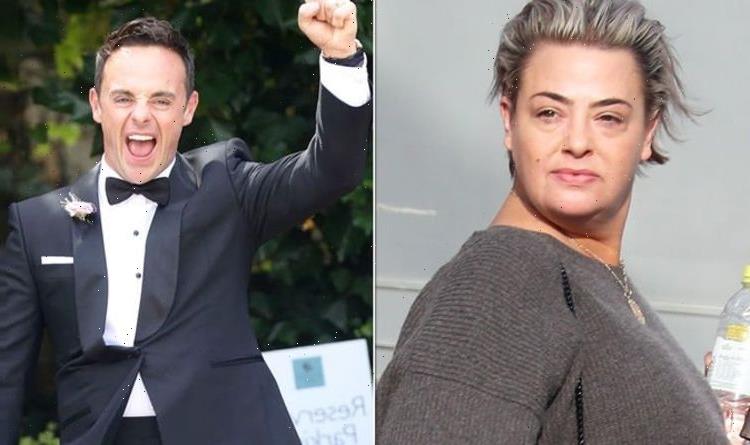 Anne-Marie Corbett arrives for her wedding to Ant McPartlin

Lisa Armstrong, Ant McPartlin’s ex-wife, is said to be “relieved” that his wedding to new wife Anne-Marie Corbett is over and done with. According to a source, the make-up artist, 44, who split with the TV presenter three years ago, felt the star-studded big day was a “kick in the teeth”, and claimed she thought it would be “more low-key”.

Lisa is feeling relieved that the wedding is all over

The TV presenter walked down the aisle with his new bride in a showbiz wedding after becoming engaged in December last year.

Ant and Anne-Marie married at St Michael’s Church in Heckfield, Hampshire, on Saturday in an event that was attended by many of their celebrity friends.

However, a source has now told OK! Magazine that Ant’s ex-wife is glad that the glitzy affair is finally done and dusted.

They said: “Lisa is feeling relieved that the wedding is all over. There was a bit of a cloud over her head with the big build up.”

Addressing the church which had been covered with floral arrangements of hydrangeas and roses, they added that the make-up artist thought it was all a bit too much.

They explained: “But she did think it seemed to be over the top – Lisa thought it was going to be a bit more low-key.”

“She couldn’t help but see it because the pictures were everywhere,” they finished.

Express.co.uk has contacted a representative for Ant for comment.

While her ex-husband was getting remarried, make-up artist Lisa’s pals were quick to surround her with love.

One tagged her into a Tweet which read: “Sending lots of love sweetheart, have a fabulous day,” with the message being sent in the evening.

They added heart and hug Emojis to the post, as well as a rainbow and a kiss.

Lisa showed her appreciation for the sweet message, as she hit the heart-shaped like button.

Earlier in the day, the make-up artist liked a tweet from a follower who commented on the weather conditions for Ant’s wedding.

It came as Ant and Anne-Marie married in the English countryside, which was hit by torrential rain on their big day.

Fortunately, the duo made it down the aisle and sealed their union with a kiss under an archway at the beautiful countryside church.

Family and friends gathered outside as fans cheered the couple, including best man Declan Donnelly.