Lizzo has offered her response to trolls who wrote hateful comments about her after she dropped her new collab ‘Rumors’ with Cardi B.

Lizzo has revealed why she’s speaking out about the offensive comments she received following the release of her new single “Rumors.” The chart-topper, 33, spoke to Good Morning America on August 18, after breaking down in tears during an Instagram Live session just days prior. She said it didn’t matter how much “positive energy you put into the world, you’re still gonna have people who have something mean to say about you,” and she doesn’t expect everyone to love her music.

“I don’t mind critiques about me, my music. I don’t even mind the fat comments, you know. I just feel like it’s unfair sometimes, the treatment that people like me receive,” she began. “People are like, ‘Don’t let ’em see you with your head down.’ My head is always up. Even when I’m upset and even when I’m crying, my head is up. But I know it’s my job as an artist to reflect at times, and this should not fly. This shouldn’t be okay.”

Lizzo also noted that comments made about her body and Black women, were unnecessary. “Black women have been in this industry, innovating it, forever. It is unfortunate that we are the ones who do suffer from the marginalization and the erasure the most. If it weren’t for the internet and social media I could have been erased, but I chose to be undeniable and I chose to be great, and I’m still here,” she wrote. 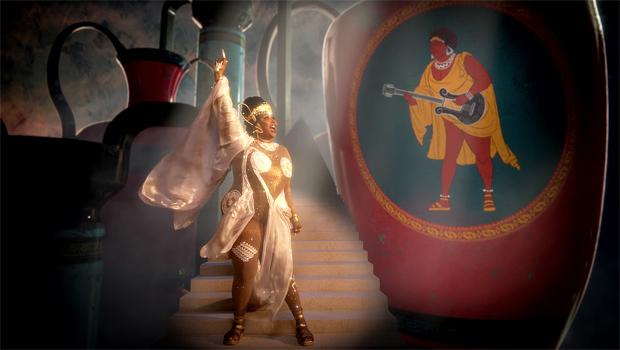 She concluded, “God doesn’t give me anything I cannot handle, and God also gave me the gift to be fearless in my vulnerability, to help inspire people,” she added. “I don’t ever mean to alarm someone. People just need to know I’ve got this.”

Her new collaborator Cardi B also took to social media, tweeting, “When you stand up for yourself, they claim your problematic [and] sensitive. When you don’t, they tear you apart until you crying like this.” Cardi, 28, further defended Lizzo from the haters, saying, “Whether you skinny, big, [or] plastic, they going to always try to put their insecurities on you. Remember, these are nerds looking at the popular table.”