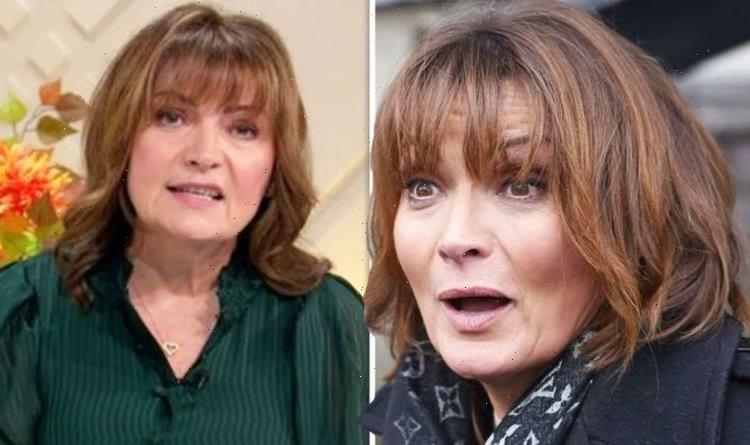 Lorraine Kelly reveals her dress feel down during interview

Lorraine Kelly, 61, set the record straight after an eagle-eyed viewer noticed something odd during her programme. The veteran broadcaster is used to interviewing A-list celebrities and it was no different today when she was joined by Jennifer Hudson.

Former The Voice UK host Jennifer, 39, chatted with the TV anchor to discuss her role in the biopic Respect, which is based on the life of legendary soul singer Aretha Franklin.

But a viewer noticed the television presenter sat in front of an iPad with a timer.

The person in question took to Twitter and probed Lorraine following their eagle-eyed discovery.

They penned: “@reallorraine why have you an iPad infront of your with a timer on 0 interviewing @IAMJHUD.”(sic)

Lorraine took the opportunity to respond, as she admitted to making a mistake.

In view of her 654,000 followers, the ITV host revealed she is given an allotted time slot during interviews, adding the stopwatch is used as a prompt.

She tweeted: “I forgot to press that timer!

“We get an allotted time slot and I didn’t want to overrun.”

The social media user replied: “Thought it might be. Loving my week off watching you.”

Lorraine has returned to her regular slot on her self-titled show after the summer break.

The presenter was replaced by Christine Lampard and Ranvir Singh during her time off.

Elsewhere, she took to Instagram to mark a new milestone in a candid post about her husband Steve.

In a sweet tribute, she took to the picture-sharing site yesterday to share a rare snap of her and her husband Steve in a sweet tribute as the couple celebrated their 29th wedding anniversary.

The caption read: “Happy Anniversary to my Steve – the kindest, funniest and most generous man. Still making me laugh after 29 years! #anniversary #love #happy #laughter.”

Her ITV co-star’s flocked to comment on the post, including Susanna Reid who penned: “Congratulations both. Beautiful picture.”

The couple met in the 80s when Steve worked as a cameraman and Lorraine was a correspondent.

They later tied the knot in September 1992.

Reminiscing about her wedding day back in 2017, the Scottish born star said: “All I wanted was men in kilts and pipers. There was no real plan! It was very, very traditional.

“My dress… Uyuy-yuy. It was 1992 so it was kind of like a Princess Diana bouffant thing with big sleeves – oh God. We could all get in it! We could all fit in my dress. I’ve still got it.”