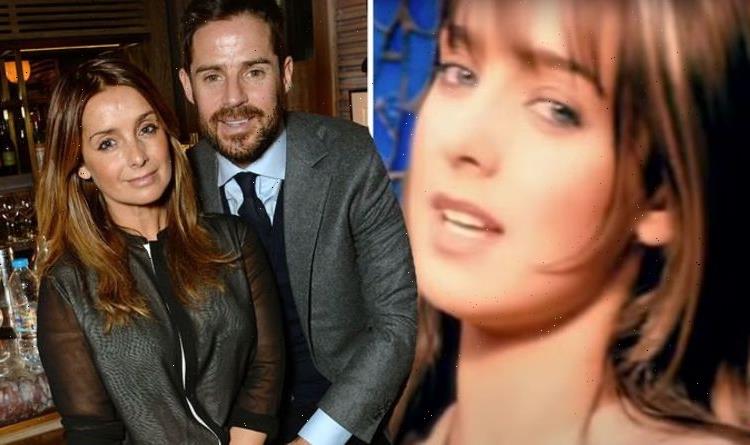 Louise Redknapp took to Instagram to ask her fans if they could spot familiar faces in the unearthed music video as she celebrated its anniversary. The 47-year-old included many of her loved ones in the clip including her now ex-husband Jamie Redknapp, 48.

“The fifth and final single from my debut solo album ‘Naked’.”

The mother-of-two said the track was her favourite from her first solo album after leaving Eternal.

“I was happy when it became a single and I even got to have all my friends in the video,” she added.

“Can you spot any familiar faces in the video?”

Mrs Hampton added: “@louiseredknapp definitely my favourite song from the album. And wow, I feel so old now, 25 years!”

The singer’s hit peaked at number nine on the the UK Singles Chart in 1996.

At the time, it was early days into her relationship with footballer Jamie.

Two years later, they tied the knot at a luxury wedding in Bermuda.

In 2004, they welcomed their first child together, Charley now aged 17.

DON’T MISS…
Bill Bailey told to give Glitterball trophy back minutes after winning [STRICTLY]
‘Are they mad?’Jeremy Clarkson angry over new driving laws [OPINION]
Eamonn Holmes ‘scared’ over health as he spends Christmas without Ruth [HEALTH]

Louise and Jamie’s marriage came to an end in 2017.

Last month, he married his new wife Frida Andersson, who is pregnant with their first baby together.

The Swedish model is already a mum to four sons with her ex Jonathan Lourie.

Louise previously insisted she had regrets putting an end to their relationship.

She told the Mail on Sunday’s You Magazine: “I should have paused and thought about other people and had just a bit more time to work out why I felt I couldn’t do it any more. I wish I’d tried.”

She advised anyone else who was thinking about a break-up to “slow down, don’t run.”

Louise has been single since their split and recently claimed she was not getting to know anyone.