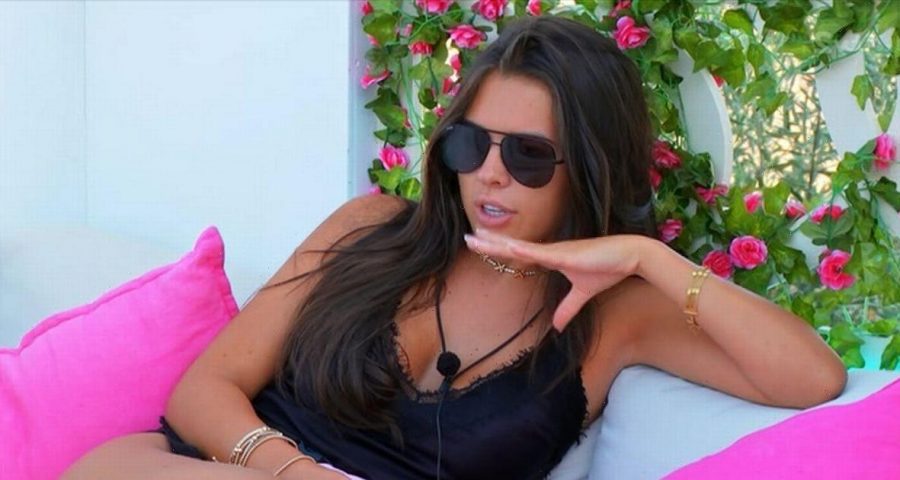 Love Island fans have pointed out how Gemma Owen has "shaded" Ekin-Su "again", while some note the 19-year-old's "jealousy" towards her 27-year-old pal.

The Turkish model headed out on a date with her beau Davide last night (July 28) with the pair telling each other "I love you".

But on Friday night's show, Ekin's gal pal Gemma "shaded" and "hated on" her happiness by belittling the "big moment".

Sitting on the terrace having their daily debrief, the girls had a catch up and discussed the final dates that they're all heading on this week.

Discussing what happened when Ekin-Su arrived back from her date the night before, Gemma pointed out how Ekin seemed to overreact when she and Davide said they loved each other.

When Ekin arrived back at the villa from her romantic date where she and Davide were serenaded by Alfie Boe, she swooned over how it was even "more" than being asked to be boyfriend and girlfriend.

But on the terrace the final morning Gemma seemed to belittle Ekin-Su's emotions and joy when she said: "How is that more than boyfriend and girlfriend?"

Fans were super quick to pick up on the "sly comment" from Gemma, that follows on from a number of subtle digs over the past week.

One fan took to Twitter to note: "'How is that more than boyfriend and girlfriend' Gemma is always hating on Ekin’s happiness wtf."

Another added: "Ah Gemma is bad vibes towards Ekin."

While a third said: "Gemma’s sly little comments against Ekin-Su are exhausting 'how is an I love you more than bf and gf' why can’t you just be happy for her." A fourth then pointed out Gemma's "jealousy" towards her friend when they penned: "wow gemma’s jealously towards ekin is hanging out these past episodes."