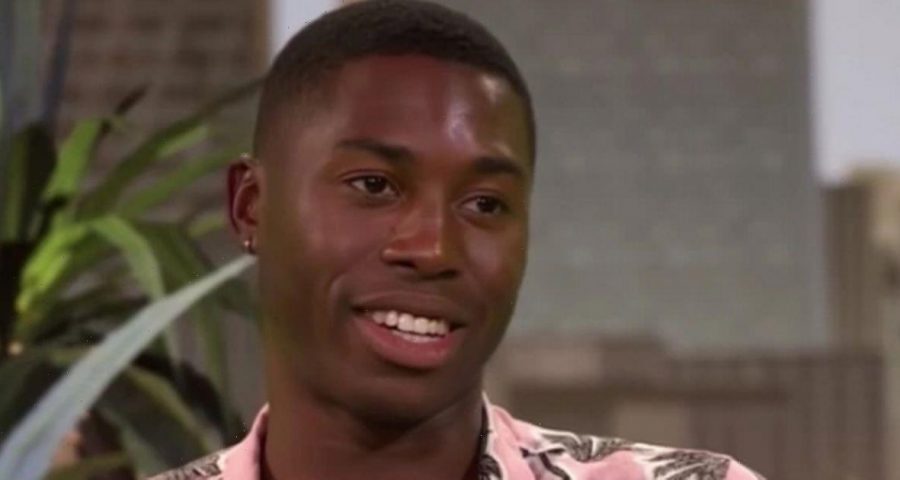 Love Island star Aaron Francis has admitted that is "getting to know" Clarisse Juliette amid rumours they have secretly been dating since the series ended this summer.

The 24 year old was quizzed on the potential new romance by fellow cast member Georgia Townend, to which he coyly responded: "Rumours, rumours, rumours!"

Regaining his composure to address the speculation, Aaron told the camera: "Oh, we're just getting to know each other."

'Obviously, we've just come out of the window, we're just chilling, seeing what the vibe is…" the reality star said before admitting that Clarisse was "beautiful for sure".

Aaron was voted out of Love Island ahead of the finale alongside his partner Lucinda Strafford.

The Love Islanders fired up a romance while on the hit show, but after leaving the villa, the pair soon decided to go their separate ways.

Setting the record straight, Aaron spoke to OK! about their decision to call off their romance.

"We were only really seeing each other for a couple of days in the villa. I think for everyone at home it may have seemed a lot more serious than it was," Aaron explained.

He added: "We were both attracted to each other, and we both got on really well, but we hadn't ever discussed anything further.

"We didn't really have time in the villa and then we separated and it was like like 'cool, you go to Brighton, I'll go to London then.'"

Meanwhile, 24-year-old influencer and entrepreneur Clarisse was initially brought back from Casa Amor to the main villa by Tyler Cruickshank, but he later went back to his original beau Kaz Kamwi – and the pair later made it all the way to the Love Island final.

Meanwhile, Clarisse was dumped from the villa and later said she felt that Tyler "definitely changed" when the pair rejoined the main group of Islanders.

Since jetting back to the UK, Tyler and Kaz have officially become boyfriend and girlfriend.