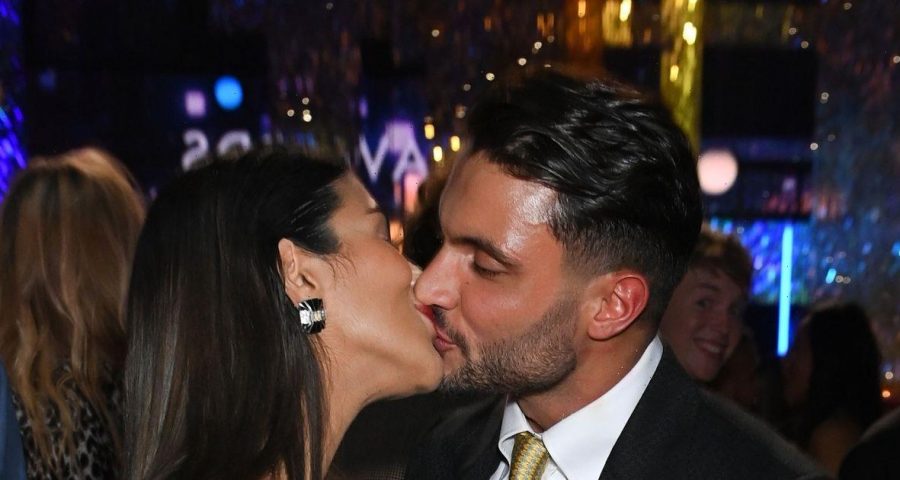 Former Love Island winner Davide Sanclimenti supported his girlfriend, Ekin-Su Cülcüloğlu, on Sunday's opening episode of Dancing On Ice as she made her debut.

After insisting that she would win the series, Ekin-Su made her first skating appearance as part of this year’s star-studded cast.

Dancing On Ice’s official Instagram account, which boasts an impressive 374k followers, posted a short clip of Davide looking as dapper as ever dressed in a white shirt, soft red blazer and grey trousers just minutes before the first episode.

In the video, the former Islander said: “I am outside the dressing room of Ekin, my dear girlfriend, to support her. I know she has been training hard the past few months.

“You know, every morning, she was getting up to train.”

Davide continued to say that Ekin-Su would return home every evening complaining of pains in areas like her feet.

“Best of luck to her. Have fun and just enjoy,” he added.

In another clip, this time alongside a countdown clock, Davide urged fans to tune into the show and support Ekin-Su.

The couple did not initially hit it off, with Davide famously branding her a “liar”, but they returned to each other on day 23 and went on to dominate the rest of the competition.

Following their win, Davide and Ekin-Su have gone from strength to strength and soon moved in together and even acquired their own travel show.

Speaking candidly to OK! last year, Ekin-Su revealed that their relationship was “not easy” and required a lot of work.

She explained: "One thing I’ve learnt in this relationship, you have to trust your boyfriend or girlfriend because in the public eye, it’s not easy.

"Especially when people will make rumours or say things, or they see things, or things could look different from a picture. You just have to communicate with your partner, trust your partner and keep your relationship private."

She added: "Having a relationship is a job on its own! We want to make sure that we’re both supporting each other and seeing each other. It’s not easy."