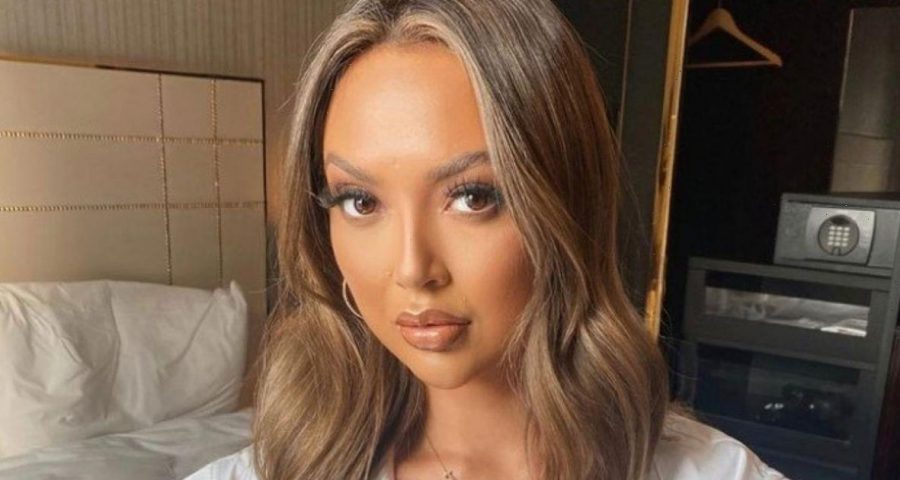 Love Island star Sharon Gaffka looked amazing in monochrome as she headed out to a lavish launch party.

The 26 year old, who recently had a breast cancer scare, look cool and kitsch in a white blouse, black babydoll taffeta dress, white socks, black barely-there sandals and her hair pulled back from her face with a pretty hairband.

Among others at the event, Sharon joined co-Islanders Faye Winter and Teddy Soares who walked hand in hand as they strolled into the Cass X Prada launch party in London on Thursday.

Faye's mini dress also turned heads with its raised hem on the right leg and a sheer panel on the chest area with an embellished sunbeam design.

Sharon appeared on the most recent series of the ITV2 dating show alongside the likes of winners Millie Court and Liam Reardon, as well as Chloe Burrows, Liberty Poole and Toby Aromolaran.

Last year she revealed there was a rift between the Love Islanders, claiming she was “trying to keep the peace.”

More recently, she's had her own worrying problems to deal with after finding a "really painful" lump near her underarm.

Sharon told The Sun: "I remember feeling discomfort in my right breast between my breast and my underarm. I didn't know that that was a potential spot.

"I basically had a solid lump of tissue, and it was really painful, even just to move around in general life. I was very lucky to find that it was just it was basically like scar tissue, I've injured myself and my body was trying to fix it."

Due to her own mum's battle with cancer, Sharon was spurred on to see the GP due to her family history.

And she said she felt it important to raise awareness after her own scare.

"Had it been something more sinister than it ended up being, I could have been in a lot of trouble because I couldn't spot the signs early," Sharon added.

The model is also campaigning for victims who have had their drinks drugged.

Appearing on Good Morning Britain, she called for youngsters to be taught about the effects of spiking.

"I think maybe when I was younger, pre-covid times when I was in a nightclub, 18-year-old Sharon probably wasn't as much aware of keeping my drink close to me," Sharon said.

Meanwhile, the new series of Love Island is set to return to screens on June 6 with the longest runtime ever, it has been reported.

For your latest showbiz and lifestyle news, sign up to OK!'s daily newsletter here.