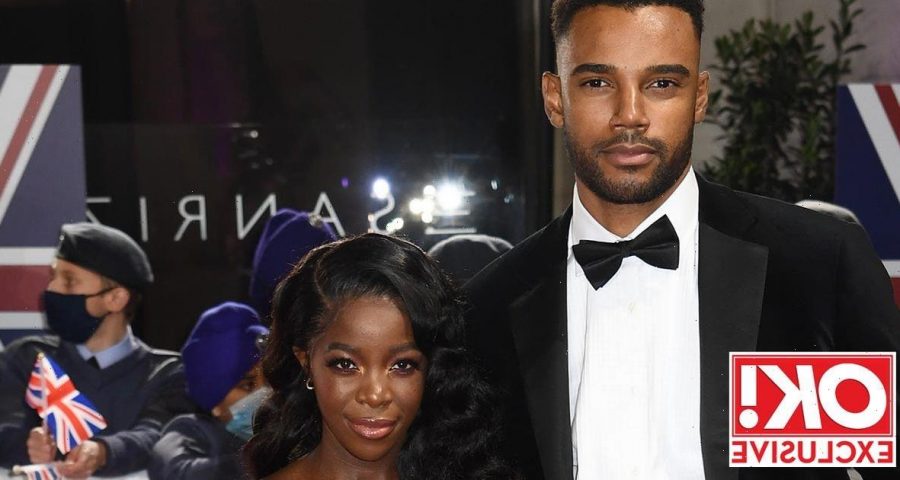 Tyler Cruickshank has explained why he hasn’t made the big move in with girlfriend Kaz Kamwi months after leaving Love Island.

Speaking to OK! whilst on the red carpet for the Daily Mirror Pride of Britain Awards, the reality star revealed what has been stopping them from taking that next step in their relationship.

Kitted in a black velvet suit, white shirt and bow tie, Tyler looked as charming as ever stood next to girlfriend Kaz, who shared with her 858,000 followers photos of her show-stopping glamorous appearance before heading to the awards.

The 27 year old wore a plunging bustier gown, embellished with sequins and beading all the way down to the train, topped off with long retro waves in her hair and strappy red high heels.

Appearing holiday-themed dressed in red, Kaz was appropriately asked by OK! if she had made any upcoming Christmas plans with boyfriend Tyler.

“We've got such big families as well so we need to sit down and plan it."

The Love Island finalists have been enjoying their time together as a couple since finishing the show in fourth place and appear to be going from strength to strength by the looks of Tyler’s recent sweet birthday tribute to Kaz on Instagram.

“Happy birthday to the Mrs, I had to pick the picture that sums us up perfectly…never change because TyTy luhs you,” he captioned a photo posted of them both posing playfully in front of a mirror.

The couple shared with their followers their processes of getting ready ahead the awards Saturday, with Tyler posting a photo of himself at the barbers getting a trim, while Kaz captured herself enjoying a drink while getting made up by her beauty team.

As well as enjoying a night out with each other Saturday night, the pair were able to reunite with many of their fellow Love Island friends, who were also in attendance at the Pride of Britain awards.

Kaz shared footage on Instagram Stories of herself with best pal from the show, Liberty Poole, from inside the event, as well as former contestants Chloe Burrows, Faye Winter and Millie Grace Court.

Each of the ladies looked stunning in their floor-length formal gowns – a far cry from the bikinis the public became used to seeing them in appearing on Love Island this summer.

Kaz also uploaded a video of herself reunited with Love Island winner Liam Reardon who appeared delighted to see her again as the awards continued in full swing.