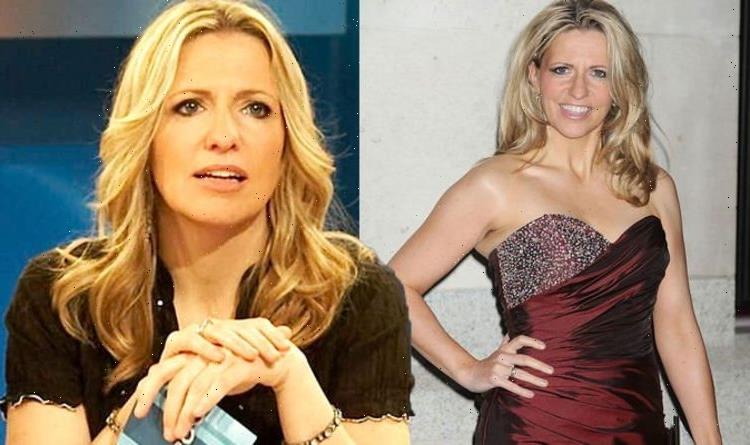 Jackie Bramble in fits of giggles as she presents Loose Women

Jackie Brambles was a regular on the likes of GMTV and Loose Women in the late 1990s and noughties. However, the presenter gave it all up when her children were toddlers.

I took myself out of the game to be honest

The 54-year-old has now addressed taking herself “out of the game early doors” into motherhood in a new interview.

It comes as the broadcaster returns to her roots with her own self-titled evening show on the Greatest Hits Radio network this evening.

It will be her first national radio offering in 27 years, after becoming the first female presenter with a primetime show on BBC Radio 1.

Jackie has made sporadic appearances on the small screen after deciding to focus on family life.

She is mother to Stanley, 15, and Florence, 14, with her husband David Todd, who works in financial services.

Speaking out on juggling a career with raising a family, the mother-of-two claimed: “It’s a decision where you can’t win.

“Whether you think to go full time and you feel wretched for not spending time with your kids, or you stay at home to put the kids first and then you struggle with missing out on your career, it’s a lose-lose situation for most women.”

Jackie went on to discuss the big decision she made around 2009, after initally covering Kaye Adams’s maternity leave.

The star continued: “I took myself out of the game to be honest, quite early doors when I’d finished Loose Women and my kids were toddlers.

“We live in Scotland and this is very much home and we decided to raise our family here near our own families.

“When they were babies, which was the first couple of years of Loose Women, I could kind of get away with being away from home two or three days a week to go to London and my husband was leading the domestic front.”

However, Jackie added as her little ones grew up the situation wasn’t working for anyone.

She added to the Daily Mail: “As they became toddlers, it just made everyone really unhappy when I left – me included – so I decided to scale things right back and be a stay-at-home mum and do freelancing occasionally when I could fit it.”

After starting out as Capital London’s youngest DJ, Jackie moved to the US.

It was there she worked as a foreign correspondent for GMTV, interviewing almost every major star in Hollywood.

Returning to the UK in 2005, she popped up regularly on Loose Women, presenting 316 episodes between then and 2009.

After choosing to step back, Jackie was still taking on small roles in TV.

Speaking about her latest role, Jackie previously stated: “I can’t wait to share more fascinating conversations with some of our greatest artists and of course to revel in their glorious music.”

The Evening Show with Jackie Brambles will air Monday to Thursday from 7-10pm from tonight.