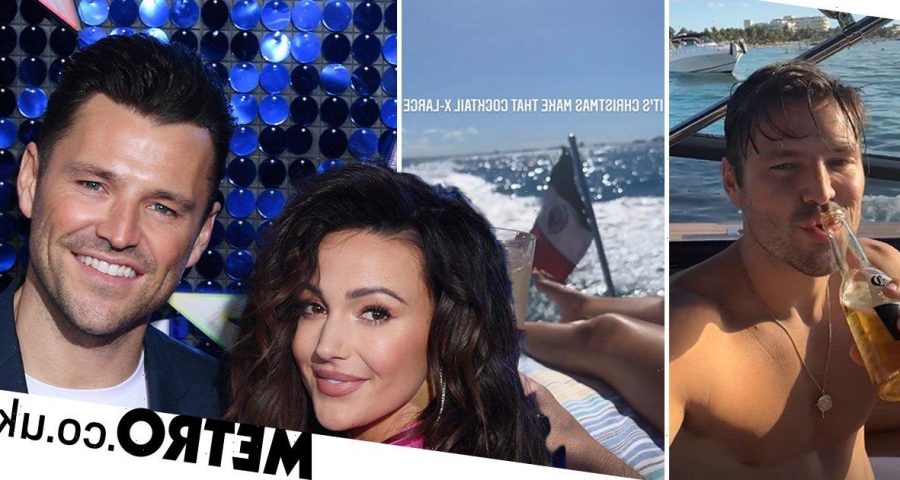 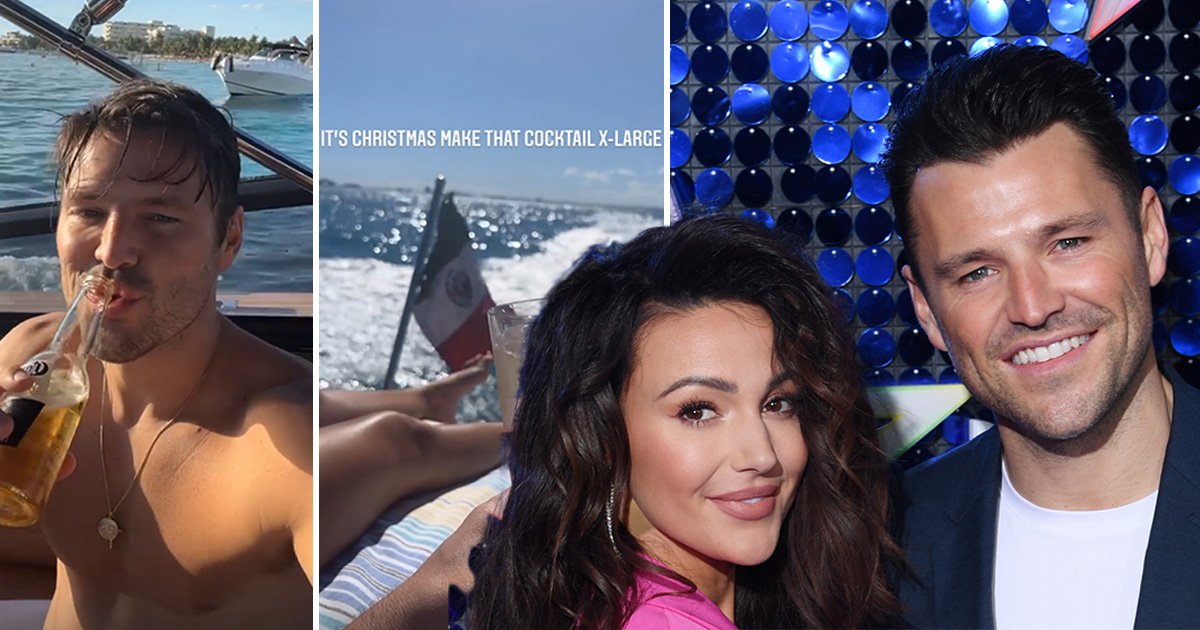 Mark Wright has jetted off on an exotic Christmas holiday with wife Michelle Keegan, after being declared cancer-free.

The former Towie star revealed his recent health scare on Instagram, explaining that it had been a ‘terribly worrying time’ for the family.

Taking to Instagram, he gave fans a glimpse of his much-needed getaway, complete with beaches, beautiful views and boozy cocktails.

Sharing snaps on his story, the 34-year-old could be seen lounging on the back of a boat beside the former Coronation Street actress as they took in the scenery.

He also filmed himself chugging a beer and cocktails as they spent the day sailing around, before doing shots in the sunshine.

It was a poignant trip for the couple, following Mark’s cancer scare.

The I’m A Celebrity… Get me Out Of Here! star underwent surgery to remove a 12cm tumour removed from his armpit earlier this month, and was later given the all-clear by doctors.

He shared news of the operation on social media at the time, urging others to get any lumps checked out.

‘Ok, it’s been a tough call whether or not to speak about this,’ he began a lengthy Instagram post. ‘One part of me wants to keep something like this private and the other part is thinking, if I can help/potentially save 1 person, well…. this is the right thing to do.

‘So here goes. I discovered a lump in my breast/armpit area. Not very big, but enough to cause concern and to be cautious enough to get it checked.

‘After some time the lump grew and began to bother me. I am someone that when it comes to life in general, I leave no stone unturned. When it involves health, this idiom quadruples.’

Mark saw another specialist, a breast consultant, for a second opinion and had an MRI scan before seeing a sarcoma specialist.

He had the ‘little git’ removed and sent off for testing, and updated fans when he was given the ‘all clear’.

In another post, he added: ‘Some news for 2022… I had a bit of a health scare recently which I spoke about the other week, thankfully I’ve had the all clear now which is amazing and I feel so so lucky.

‘I’m not gonna lie though it really gave me and my family a scare and it’s made me even more passionate about keeping as fit and healthy as possible & hopefully trying to help as many of you to do the same too.’

‘January 1 I will be recovered from this fully,’ Mark concluded. ‘I’m still a little bit sore but I will be back in the game.’