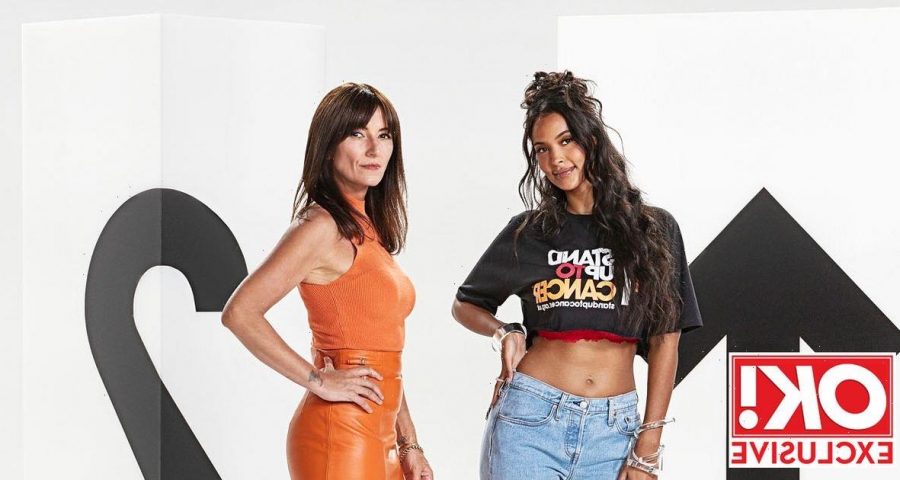 Maya Jama has revealed that working with Davina McCall is a "pinch me" moment as she prepares to host Stand Up 2 Cancer with her.

The 27 year old will host the telethon on Friday night alongside Davina, 53, and their co-hosts Alan Carr, 45, and Adam Hills, 51.

Speaking exclusively to new magazine ahead of the gig, Maya has admitted it was former Big Brother host Davina who made her want to pursue a career in television presenting.

She said of the presenting legend: "She was the first woman that I saw on TV who just seemed so fun, genuine and free and I wanted to be exactly like that.

"I think she's the perfect example of someone who looks like they're having the best time when they're doing something.

"She's got this amazing energy and I grew up watching her. After seeing her do things, I said, 'I want to do that job!' So it’s a massive moment for me just to be around her."

Maya – who is a team captain on Celebrity Juice – added of her male counterparts Alan and Adam: "They're both absolute legends.

"Same thing, I grew up watching them both on TV. They're super professional – they're the ones that you want to learn tips from.

"And, of course, they’re super funny as well. I’m in such a fortunate position, where I get to be around such established people and learn tips from them and see how they do certain things.

The stunning brunette also told how happy she is to be presenting Stand Up 2 Cancer once again, after it was one of her first live TV jobs in 2018.

She said: "I feel like that was one of my first big, proper main-channel events and I was so nervous but so excited.

"It's all over in the blink of an eye. You have so much time preparing – you wind yourself up in your mind about how things are going to go and you hope to raise as much money as possible and then literally, like that, it’s done.

For the latest updates on Maya, sign up to OK!'s daily newsletter.