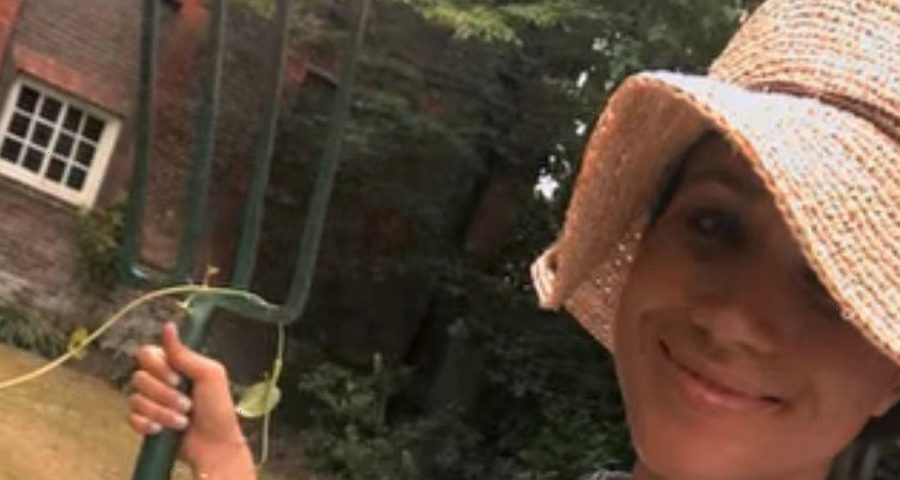 Meghan Markle can be seen dancing in the doorway of her first home shared with Prince Harry in the fourth instalment of their Netflix docuseries, released today.

In the episode, the Duke and Duchess of Sussex’s move in together at Nottingham Cottage is documented.

The couple moved into the abode following their 2018 Royal wedding and in the series, Harry, 38, and Meghan, 41, give fans an insight into how they settled into life as a married couple.

In the clip, Meghan can be seen playfully dancing in the doorway at Nottingham Cottage while kitted out in country-style gear, consisting of a Barbour gilet and walking boots, as husband Harry watched from afar.

He gushed: “Oh My god. It's my favourite video, Thursday afternoon, someone's happy.”

The pair go on to reflect on their time spent at the cottage and what it was like to live there.

“People thought we lived in a palace and we did, well, a cottage in a palace,” Meghan said.

Harry added: “It had really low ceilings I don't know who was there before, [they] must have been short.”

Laughing, Meghan revealed that Harry would constantly “hit his head, because he is so tall.”

The couple recalled having “the time of our lives” living at Nottingham Cottage, as they got to grips with carrying out some DIY at home and played with their dogs.

The Duke and Duchess were visited by friends at their residence, with one high-profile pal in particular paying a visit, to their delight and surprise.

Harry and Meghan revealed in the episode that Oprah Winfrey was a guest at the cottage and had said upon arrival: "No one would ever believe it!"'Meghan then repeated the phrase and laughed at the memory.

Various other snaps shared of their time at Nottingham Cottage see the couple doing spots of gardening, along with one that showed Meghan in a burgundy dress ahead of date night, and another of Harry in his military uniform, joking around.

Elsewhere in the fourth episode, Meghan recalled how she asked the Queen for help in reaching out to her estranged father Thomas Markle ahead of her and Harry’s wedding.

Meghan said: “I reached out to her Majesty and said this is what's going on, what do you want me to do? I want to…whatever advice you have.

"But ultimately it was suggested by the Queen and the Prince of Wales that I write my dad a letter and I had gone to great lengths to get that letter to my dad discreetly."