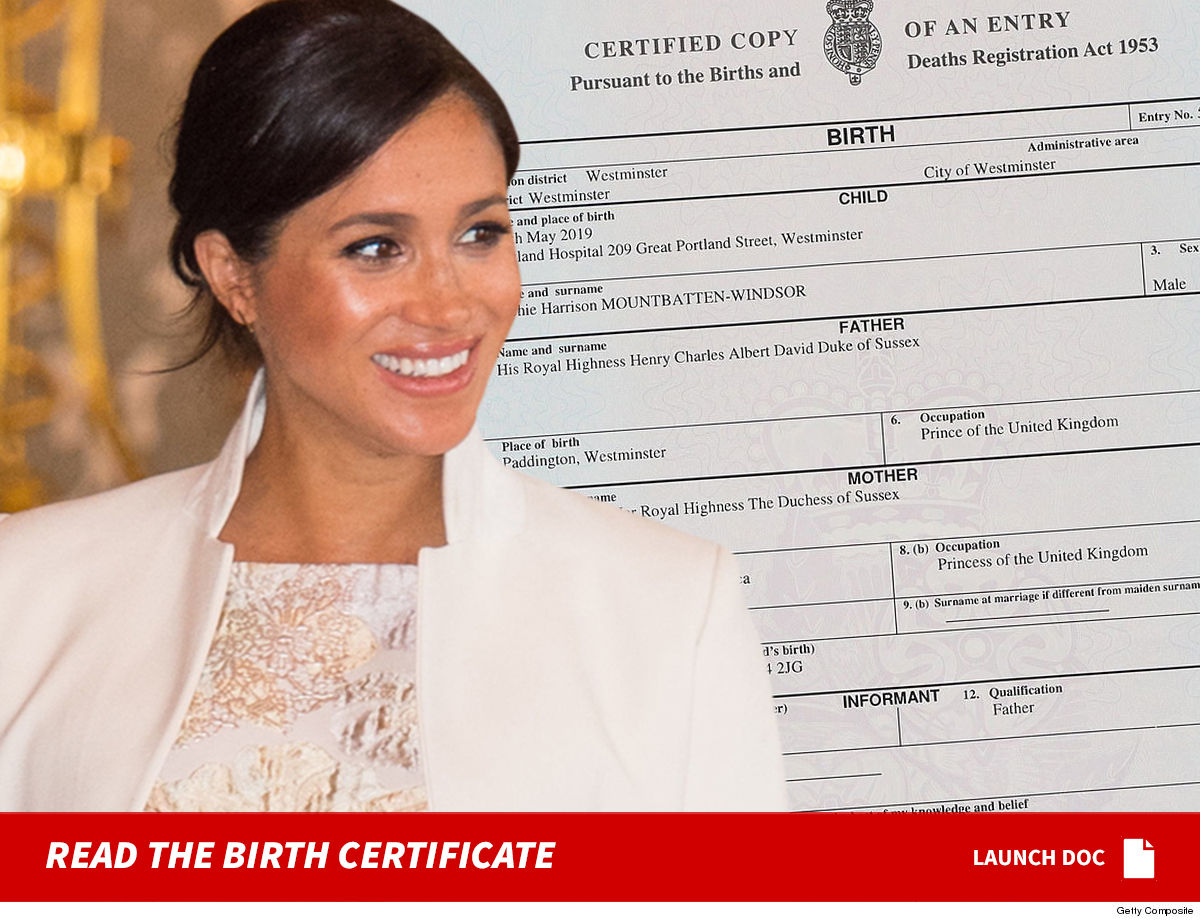 Meghan Markle ’s dozens of acting credits have gone missing — at least they have in the UK, where her official J-O-B is now simply … “Princess,” according to her firstborn’s birth certificate.

Baby Archie Harrison Mountbatten-Windsor‘s birth certificate was published Friday, and revealed he was born May 6 at Portland Hospital in Westminster, London … most of which we already knew. What really caught our attention was what Meghan listed as her occupation: Princess of the United Kingdom.

That’s it. Fits neatly on one line. Big change from her old gig — y’know, acting — which required dozens of lines. 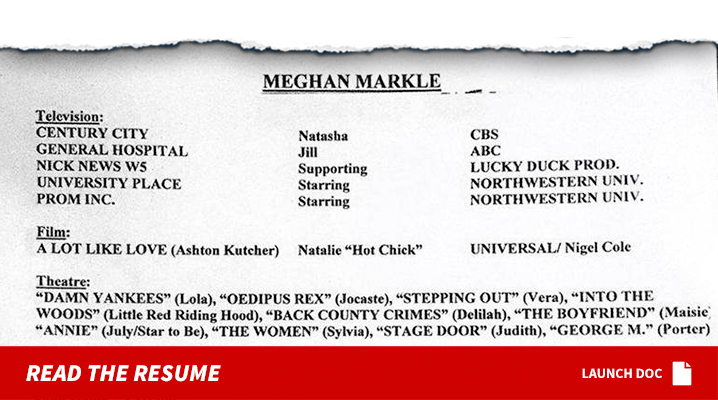 You’ll recall one of Meghan’s very old acting resumes was unearthed last year showing her acting credits. She was a struggling actress, at that point, with her only film work being in Ashton Kutcher‘s “A Lot Like Love,” where she played Natalie the “Hot Chick.”

Some of her other credits included several TV roles and tons of theater gigs — but she went on to have even more success … including her breakout role as Rachel Zane in “Suits.” At last check, she has about 30 credited roles under her belt.

Not that any of that matters now, apparently … since having baby Archie, 7th in line to the UK throne.

BTW, “Princess” is listed as her occupation — just as Harry’s is “Prince” — but don’t get it twisted. Their royal titles are still Duke and Duchess of Sussex. 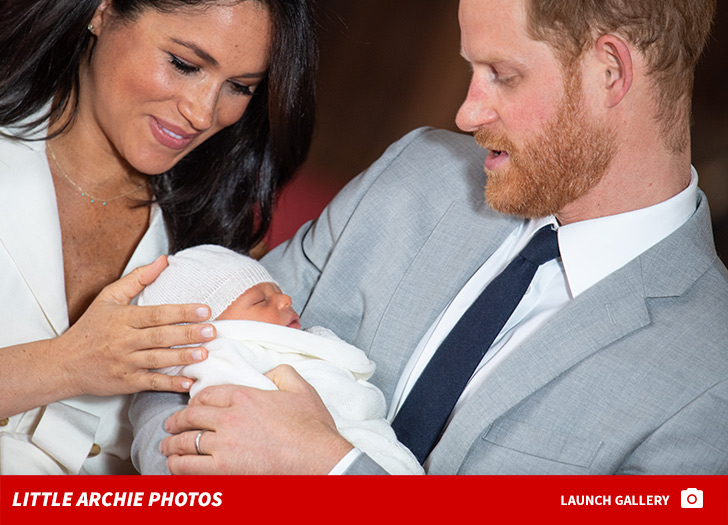