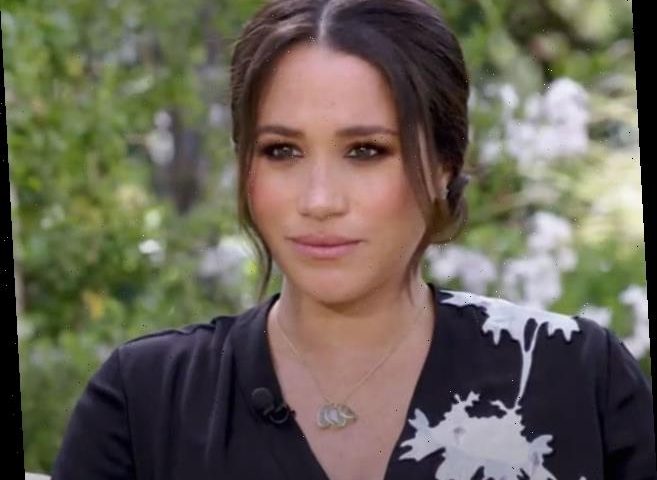 During a press conference last week, Joe Biden said he expects to run for President of the United States again in 2024.

The current Commander-in-Chief, however, is 78 years old and some questions remain over whether or not he’ll truly seek a second term.

Amid this speculation, most observers have been assuming that a female minority will jump in for Biden and take over as the leading Democratic candidate in 2024.

The former actress and ex-member of the Royal Family has not declared her candidacy yet, let’s be clear.

However, rumors of a Markle run for the highest office in the land have been running so rampant that Donald Trump responded to the chatter a few weeks ago.

“I hope that happens,” Trump told Fox News host Maria Bartiromo this month. “If that happened, I think I’d have an even stronger feeling toward running.”

Elsewhere in this same interview, Trump once again trashed Markle.

Could this really happen, however?

Yes, Trump may run for President again in 2024.

But would Markle truly do the same?

Tom Bower, an author who will allegedly write a book about Markle in the near future and who supposedly knows a lot about the Royal Family and those close to it, recently spoke to Closer Magazine about the subject.

According to Bower, Markle actually is “likely” to run for President in three years.

However, he believes the Duchess will “struggle” with the barrage of criticism sure to be leveled in her direction because she’s very “sensitive.”

Moreover, Bower added that Meghan would need to adjust and become a “team player,” building up an army of loyal staff members, something she appears to have had trouble with during her life within the Royal universe.

“The prospect of Meghan running for president is possible and I’d even say likely. I really believe it’s where she sees herself going,” Bower told the publication.

This sounds outlandish on the surface, of course.

During her widely-viewed interview a short while back with Oprah Winfrey, Markle did not sound like a woman anxious for a return to the glare of the spotlight.

She was dragged through the mud on multiple occasions while living in Great Britain and she’s pregnant with her second child.

On what basis does Bower think she wants to be in charge of the nuclear codes?!?

On no basis, really.

He simply says Markle “had her time” in the acting world and is now aiming for the political stage, having already “masterminded” a new life for her and Prince Harry in California.

“I think she has a good chance of getting into the White House – and perhaps visit the UK to have tea with the Queen one day as President of the United States!” Bower concluded.

And, look, hey, he’s entitled to his wayward opinion.

Here’s the opposite take, though: