The Duke and Duchess of Sussex introduced their new arrival, Archie Harrison Mountbatten-Windsor, to the world last Wednesday after the tot was born on May 6.

The announcement of the seventh in line to the throne wasn’t traditional, with Meghan Markle and Prince Harry doing it their own way.

Peter Andre’s wife, Emily Andre, 29, has now spoken out about Archie’s birth and said she wished the public knew more.

In her OK! Magazine column, Emily wrote: “It’s a shame they haven’t shared as many details as you would usually expect from the royal family, but then again, it’s up to the parents individually to decide what is best for them.

It’s a shame they haven’t shared as many details

“The Duchess of Cambridge posed on the Lindo Wing steps just hour after giving birth, and I take my hat off to her for doing that.”

She added: “But I definitely understand Meghan’s decision not to.”

Emily also reflected on how she felt after she gave birth to her eldest child, Amelia, nicknamed Millie, with her husband Peter.

“With Millie, after a natural birth, I could walk but very carefully,” she said “I stayed in pyjamas for about three weeks.”

“You’re recovering and healing. I was very lucky, I had an easy birth with her, but there was still no getting me in high heels!”

Meanwhile, fans have been speculating whether Meghan and Harry’s baby, Archie, was a nod to her real name. 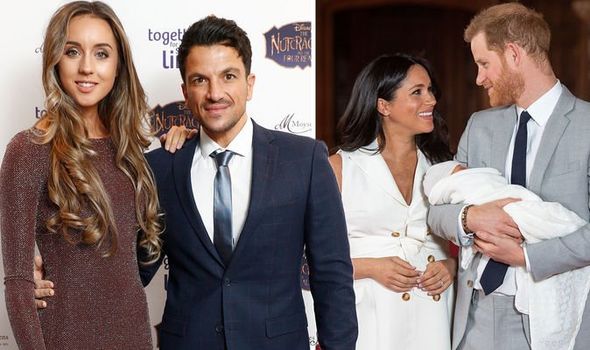 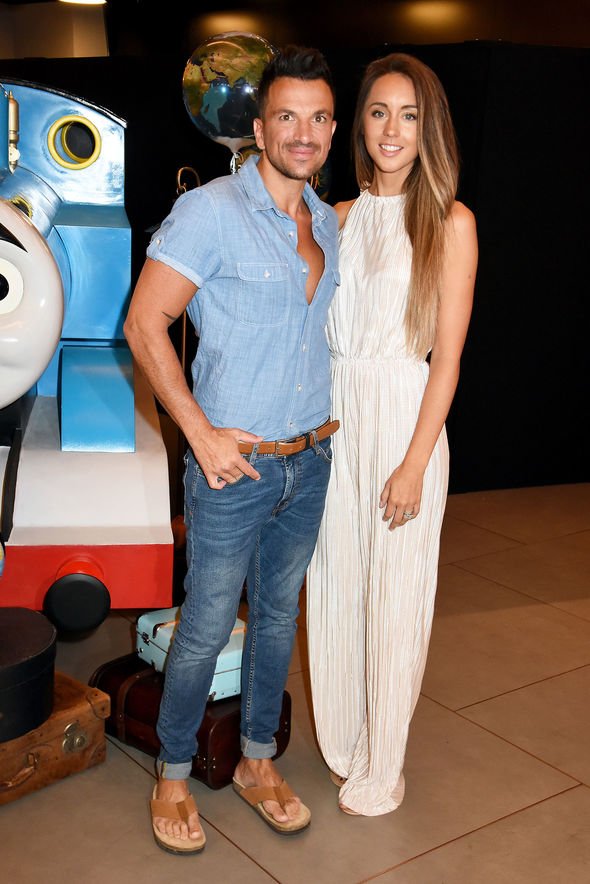 Meghan was born Rachel Meghan Markle, which was also the name of her character in the US legal drama suits.

Twitter users have pointed out Archie is a near-anagram of Rachel, bar the letter “l”.

One person wrote online: “The name Archie is in ‘Rachel’ as in Rachel Meghan Markle and “Harrison” as in Harry’s son. He was named after his parents. That’s how they came about naming baby Sussex.”

A third added: “The name Archie is in ‘Rachel’ as in Rachel Meghan Markle and ‘Harrison’ as in Harry’s son. He was named after his parents. That’s how they came about naming baby Sussex.” 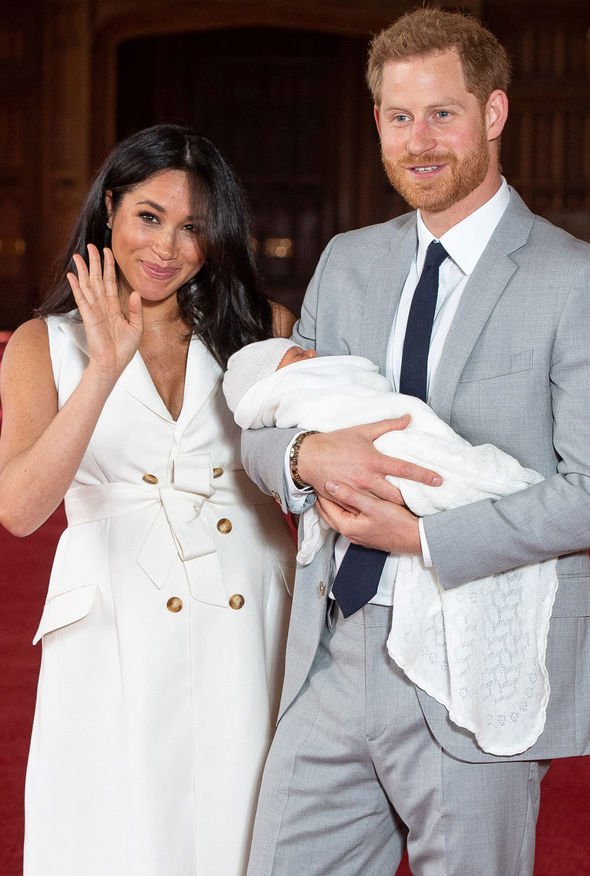 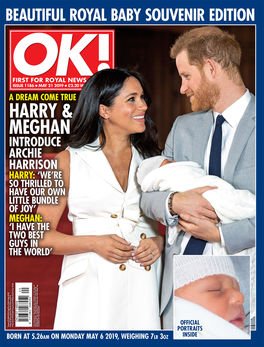 Emily Andre’s column is in this week’s OK! Magazine [OK!]

On Wednesday, Harry and Meghan showed off Archie to the world and the new father cradled their baby as they opened up about what life has been like as first-time parents.

He said: “It’s only been two and a half days, three days, but we’re just so thrilled to have our own little bundle of joy.”

“I have the two best guys in the world,” Meghan added.

Emily Andre’s column is in this week’s OK! Magazine, out now.