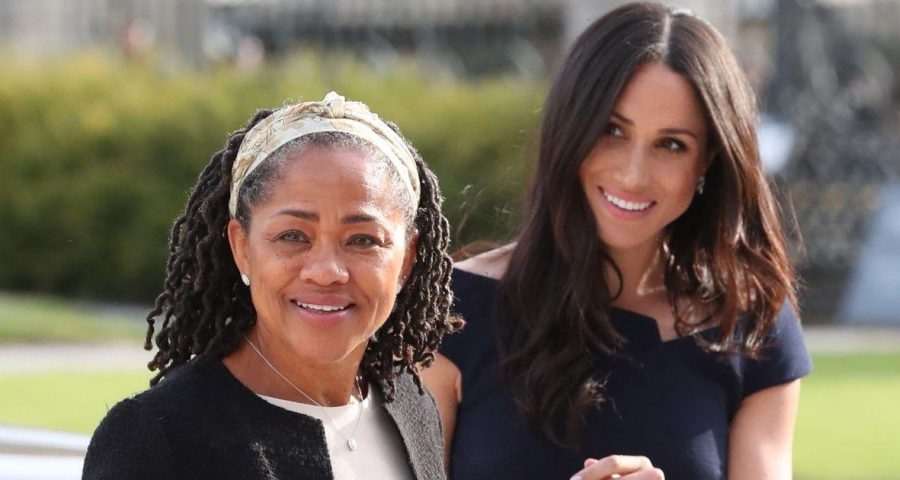 With the highly anticipated docuseries Harry & Meghan is due to be released on Netflix on Thursday, speculation is mounting about which of the couples close friends and family members will appear in front of the camera.

While members of the Royal family including Harry's cousins the Yorks are not expected to make an appearance, one person who could is Meghan Markle's mum Doria Ragland.

Ever since Meghan first rose to fame for her acting career, Doria, 66, has always stayed out of the limelight while still supporting her daughter. This continued after Meghan met Prince Harry and joined the royal family.

But it is now believed Doria will step up in front of the camera in her daughter and Prince Harry's new docuseries to help share their story.

Doria was also spotted in the first trailer for Harry & Meghan as a montage of childhood photos of both the Duke and the Duchess were shown.

A photo of Meghan as a teen was included where she's standing next to her mum.

Sources told the Telegraph that the couple hoped having additional voices in the series would help explain why Harry and Meghan believed leaving the working Royal family and Britain was their “only choice”.

They hope that viewers, particularly their key new US audience, will “come away with empathy for them” and an understanding of a “new context” to their departure.

Doria was the only family member of Meghan's to attend the royal wedding in 2018 and was pictured chatting to King Charles at St George's Chapel ahead of the ceremony.

Unlike Meghan's father Thomas Markle, Doria rarely speaks about her daughter in public, but viewers are likely to see a little more of her as the Netflix series focuses on their life in LA, in which she plays a big part.

Recently, Doria appeared on a Zoom call with Meghan and little Archie as the Duchess spoke to an academic, who shared a screengrab of the call on Twitter.

In an interview with Glamour magazine from before she met Prince Harry, Meghan described her mother as 'a free spirit', saying: "My mum's a yoga instructor, but she does social work as well and she works specifically with the geriatric community.

"She's got dreadlocks and a nose ring. She just ran the LA Marathon. We can just have so much fun together, and yet I'll still find so much solace in her support. That duality co-exists the same way it would in a best friend."

The first trailer for the Duke and Duchess' new docuseries was launched on Thursday, just as the Prince and Princess of Wales set out on a three-day trip to the US.

The royal family has since been told to brace themselves as the docuseries is said to be "worse than the royals can imagine," according to a Netflix insider.