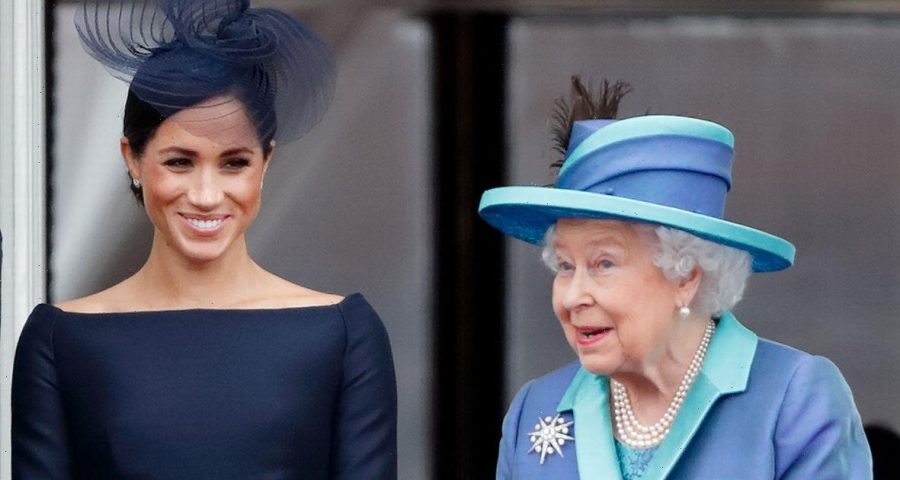 Meghan Markle came to the UK thinking she would be the star, an author has claimed.

A Woman Of Substance author Barbara Taylor explained that the 40 year old Duchess of Sussex's "imaginings" failed as the UK already has a "shining star" in Her Majesty Queen Elizabeth II, 95.

"Meghan came to the UK imagining she'd be the star of the red carpet, even though she wasn't much more than a starlet in America," Barbara told the Daily Mail.

She continued: "What she [Meghan] didn't realise is that we already have a shining star on the red carpet, someone who's been there for 70 years. She's called the Queen."

Gushing over the monarch as well as her grandchild Prince William, and his wife Kate Middleton, both 39, she added: "The Queen is magnificent, and William and Kate grow in stature day by day. She's divine – and how does she stay so slim?"

OK! Online has approached Meghan's representatives for further comment on the claims.

Meghan and Harry stepped down as senior members of the Royal Family in January 2020 and soon made their move to the US with their son Archie, now two.

Since then, they've welcomed their second child, daughter Lilibet, and have carved out a career away from their Royal ties.

Now, it appears 37 year old Prince Harry's brother William and his wife will be going on a tour of the US – but an expert has claimed the "Fab Four" will not have a reunion.

The official visit, which was announced after William’s Earthshot Prize ceremony last month, will mark the first time William and Kate have visited the States since their trip to New York in 2014.

But this time, the royal couple will have to contend with intense speculation about whether they intend to meet up with Harry and Meghan.

“An American trip was inevitable because they’re our closest ally, but it’s tricky because as things stand, there’s no way on earth that Prince William would want to share any part of an official royal tour representing the Queen, Britain and the Commonwealth with Prince Harry,” Duncan Larcombe, author of Prince Harry: The Inside Story, told OK!

“What we’re seeing are increasing signs that Harry and Meghan are setting themselves up almost as a satellite royal family in America. Meghan trades on her title to try to influence major political figures in America. Harry is still Prince Harry and is able to be whisked around New York like they were recently, as though nothing has changed.

“But of course they’re not royals and what, we’re being told by palace officials, won’t happen, is for Harry and Meghan to join William and Kate for any official part of this visit.”

The visit is being organised in an official royal capacity and that means protocol will be followed, Duncan said.

“We don’t know the details of the trip yet but last time William and Kate went to America, they went to a red carpet event with rising stars of British film in LA. Even if there’s an event arranged in LA this time, I’m told that Harry and Meghan wouldn’t be a part of it unless they were invited separately and privately.

“So there’s going to be no reunion of the fab four, that’s for certain.”

For all your updates on Meghan Markle and the Royal Family, sign up to our daily OK! newsletter.