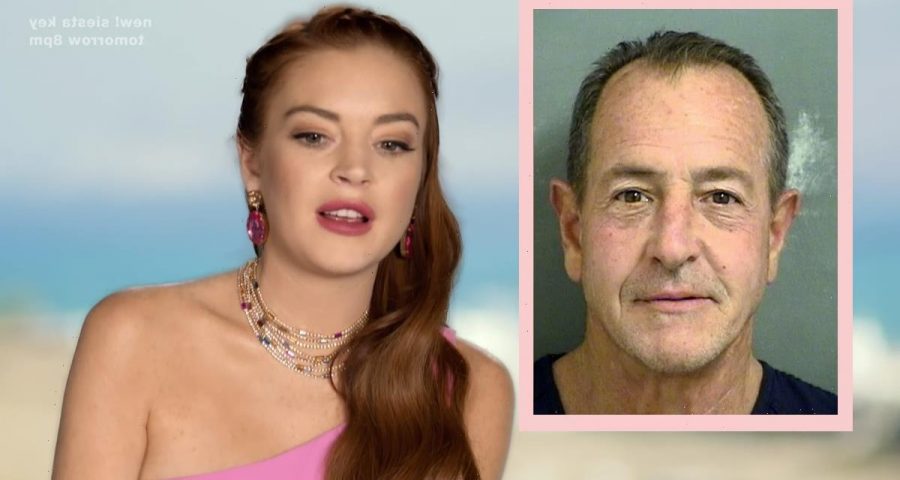 Wow, we can’t say Lindsay Lohan‘s father getting into trouble with the law again is that big a surprise… this is at least a really unexpected charge.

Yeah, we’ve never heard of this either, but according to an NBC News report in 2017, this has become a huge problem in South Florida. Apparently some drug treatment centers are taking advantage of the Affordable Care Act and treating patients with good insurance like cash cows. Instead of aiming to help, they charge thousands for dubious tests and counseling.

But it’s not just about being bad at their jobs — they also engage in predatory practices, partnering with so-called “body brokers” who scout for addicts with good insurance (or young enough to be on their parents’ good insurance) and get bounties for referring new patients.

“Mr. Lohan was investigated by our Sober Homes Task Force and he’s being charged with receiving kickbacks for referring patients to drug treatment. Patient brokering corrupts our health care system because decisions are motivated by greed instead of a patient’s needs. This is our Task Force’s 117th arrest and will not be our last.”

According to court documents, the 60-year-old and his company, Lola Recovery Ventures, were paid at least $25,000 in kickbacks for referring addicts to the Pride Recovery Center in Delray Beach in 2017 and 2018.

Even worse, one of these patients, per the arrest warrant, was a woman with whom Lohan was involved in a “sexual relationship.” Patient records show the woman, who was only referred to by the initials “B.M.” in the docs, was admitted to Pride on May 4, 2018 — and that same day Lohan got cut a check for 5 grand.

Lohan was arrested after one of the owners of Pride had been charged — and gave up names of others involved in the scheme to get a leaner sentence. (You know, that thing our former president said “ought to be illegal.”) That witness told authorities they particularly remembered the $5,000 check for the woman Lohan was allegedly sleeping with. Per the warrant:

“This particular check stood out to because he remembered Lohan asking him … to trust him (Lohan) and that he (Lohan) knows patient B. M.’s family and she … is going to be a cash pay patient.”

The witness told investigators this woman was given a treatment scholarship at Pride as a favor to Lohan, saying she “had a sexual relationship with Lohan and that was why she was offered the scholarship.”

LiLo’s poppa is no stranger to the legal system. His first stint in prison followed an investigation into insider trading, which resulted in a conviction for criminal contempt of court. Over the years he’s been arrested for DUI, assault, and skipping out on hotel bills. Most recently he was arresting in February 2020 over an alleged assault on his estranged wife, Kate Major.

This time Lohan is facing four charges of patient brokering and one of conspiracy to commit patient brokering. It’s unclear at this time how much prison time that could mean if he’s convicted, but it’s clearly something Florida state attorneys are taking very seriously.