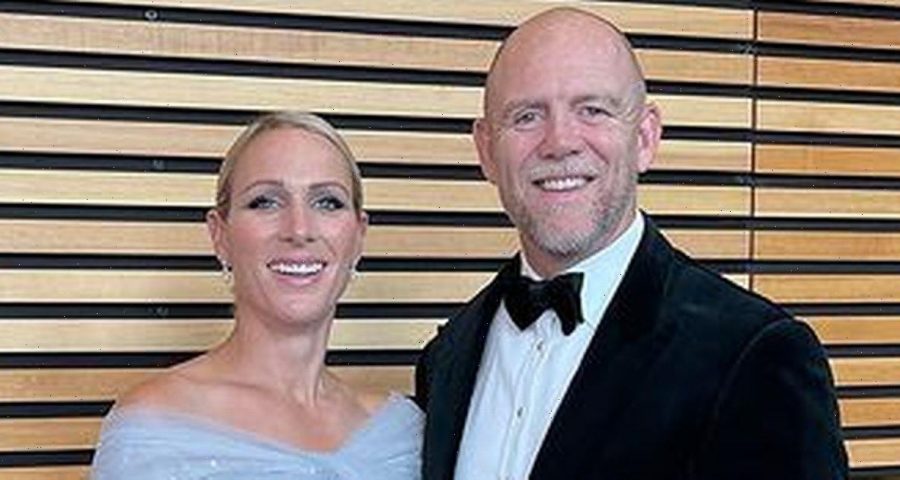 Zara and Mike Tindall dressed to impress as the loved-up pair headed to a lavish state dinner in Australia.

The couple, who wed in 2011, are currently making the most of Mike’s recent I’m A Celebrity… Get Me Out Of Here! stint, and have been holidaying in the warm country since the show came to an end last weekend.

Mike came third on the show behind Hollyoaks’ Owen Warner and footballing star Jill Scott – who was crowned Queen of the Jungle.

In a recent snap shared to Instagram, dad-of-three Mike shared a glimpse into their fun-filled holiday, which included a trip to the VALO Adelaide 500 track.

In the first snap, Zara, 41, and Mike, 44, can be seen being interviewed at the track, as a second photo showed a beautiful beach.

The next picture showed the royal pair at a restaurant together as they posed for a snap while Mike appeared to plant a kiss on his wife’s cheek.

Other photos showed what other things they’ve been up to, including a state dinner which they pulled out all the stops for.

Beaming at the camera, Mike looked dapper in a velvet dinner jacket and bow tie, paired with a white shirt and black tailored trousers as Zara dazzled in an off-the-shoulder silver gown.

She completed the look with her hair tied up, showcasing her beautiful earrings.

Mike captioned the photos: “Great day yesterday started down at the @adelaide500 track with @markberetta then on to the @starofgreece for lunch before heading to @darenbergwine for a little tasting.

“Then on to a state dinner that was wrapped up by @icehouseband #goodday #southaustralia”.

“Zara’s dress is beautiful,” added another, while a fourth went on: “A most beautiful picture of you both.. Zara’s evening gown is just sensational.. she looks absolutely beautiful.”

While they weren’t seen in Mike’s recent snaps, the pair’s children have been with them for part of the trip.

In photos taken of the family-of-five after being reunited after Mike’s three week long stay in the I’m A Celeb camp, they appeared to enjoy themselves at Sea World.