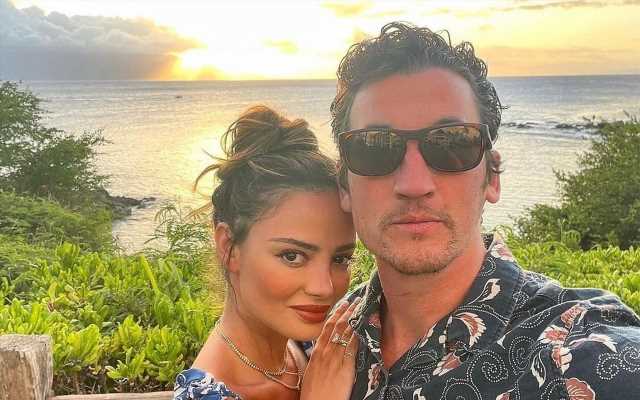 The ‘Whiplash’ actor was reportedly involved in a physical altercation in a restroom when he took his wife Keleigh to a lunch date in Maui, Hawaii recently.

AceShowbiz –Miles Teller was assaulted during a lunch date with his wife in Maui, Hawaii on Wednesday (26May21) – by a wedding planner.

Law enforcement sources tell TMZ the actor was in the restroom at the Monkeypod Kitchen when a man confronted him and punched him in the face.

During an altercation that followed, Teller threatened to press charges.

He and his wife, Keleigh, then quickly left the restaurant.

Police officials have confirmed the incident occurred on Wednesday evening. No one was arrested but cops are investigating.

Miles Teller tied the knot with Keleigh Sperry in September 2019. While a lot of couples felt the strain of spending so much time together during Covid-19 lockdown last year, he insisted they became stronger than ever instead.

“I’m with her now from when I wake up to the moment I go to bed,” he explained in a 2020 interview. “We have a lot of friends whose relationships got put under a magnifying glass during these times, but we are really great. Once you get married and you make that ultimate commitment, life is just a lot less stressful. You just know that person is always going to be there.”

“Keleigh and I both worked on our backyard and did some landscaping. We planted a lemon tree, hydrangeas and a rose garden,” the actor revealed. “Since we were staring at our backyard a whole lot more than usual, we wanted to add colour.”