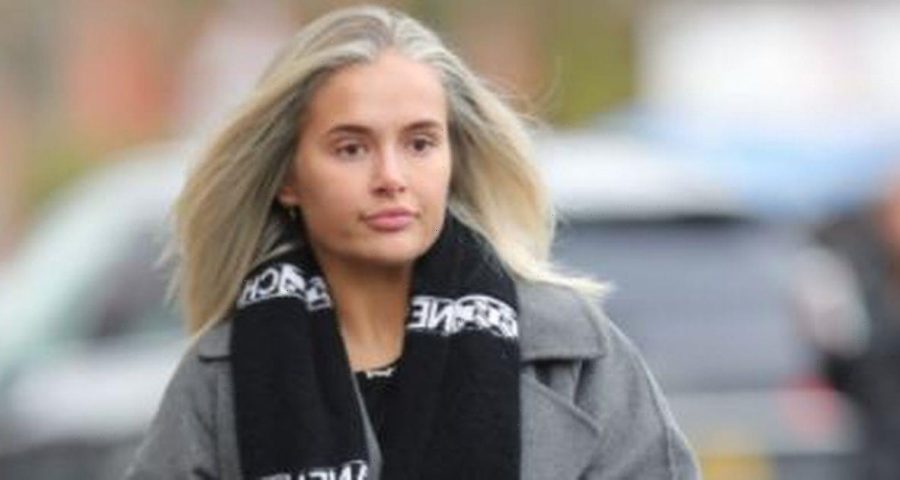 Molly-Mae Hague made her first public outing on Tuesday, 11 January, after apologising for making controversial comments about wealth inequality.

The former Love Island star came under fire for "tone deaf" comments made to Dragon's Den businessman Steven Bartlett on his podcast, The Diary Of A CEO, in December last year.

And a day after apologising to people who had "been affected negatively" by what she had said, the 22 year old cut a solo figure as she headed out in Wilmslow, Cheshire.

Molly, who was defended by her police officer father Stephen, wrapped up warm against the chilly weather with a thick grey coat which she teamed with black leggings.

The blonde added a black Chanel scarf to her look and toted her belongings in a black handbag while strolling in white trainers.

Molly-Mae appeared to go make-up free after leaving a hair salon in Wilmslow.

Her sighting comes after she issued a statement apologising for her comments in a recent interview where she claimed that everyone had the "same 24 hours in a day to maximise their potential".

In the offending interview, she added: "When I've spoken about that in the past I have been slammed a little bit, with people saying 'It's easy for you to say that because you've not grown up in poverty, so for you to sit there and say we all have the same 24 hours in a day is not correct'. But, technically, what I'm saying is correct. We do."

While some agreed with her mindset, many slammed her for failing to understand the privileged background she comes from compared to others who have to work twice as hard.

On Monday, Molly wrote in a statement on Instagram: "I wanted to come back online today as normal, but I feel like before I do, I just wanted to say this…

"When I say or post anything online, it is never with malice or ill intent. I completely appreciate that things can affect different people in different ways; however I just want to stress that I would never intend to hurt or upset anyone by anything that I say or do.

"I apologise to the people that have been affected negatively or misunderstood the meaning of what I said in the podcast, the intentions of the podcast were only ever to tell my story and inspire from my own experience. Love to you all, always x."

In a statement issued to OK! last week, Molly-Mae's representative said: "If you listen to the full conversation and interview Molly was asked about how the nature of her potential grows and how she believes in herself.

"This part of the interview was discussing time efficiency relating to success."

They continued: "Molly refers to a quote which says 'We all have the same 24 hours in a day as Beyonce'. She was discussing her own experience and how she can resonate with this specific quote.

"Her opinion on if you want something enough you can work hard to achieve it is how she keeps determined with her own work to achieve more in her own life."

Molly-Mae's rep added that the star was "not commenting on anyone else's life or personal situation" and can "only speak of her own experience."