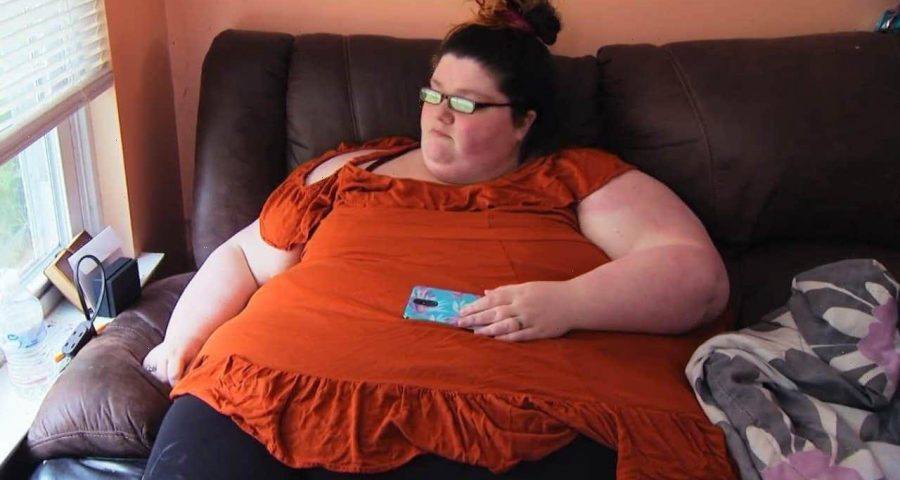 The TV star, who was featured in season 8 of the TLC reality show, passed away in her Tuckerton, NJ home earlier this month, weeks after she revealed a mystery illness.

AceShowbiz -“My 600-lb Life” star Gina Marie Krasley has passed away. The TV star, who was featured in season 8 of the TLC reality show, was confirmed to be dead via her obituary. She was 30.

Gina passed away in her Tuckerton, New Jersey home on August 1. According to reports, Gina died in the comfort of her own home surrounded by family. The cause of her death remains unknown as obituary does not reveal the information regarding the circumstance of her death. Fans, however, assume that it might be related to her weight.

Prior to this, she revealed an unidentified illness. A month before her passing, Gina revealed in a video that she was back to immobile and struggling with pain in her legs. Her fingers were also numb to the point she had her mother holding her phone for her to make the video. She added that she was receiving home care and was set to see a neurologist on Thursday, July 29, which was four days before her death.

Gina showed her weight loss journey at 700 pounds on “My 600-lb Life” where she worked with TLC weight loss physician Dr. Younan Nowzaradan. After seemingly struggling to stay on the program, Gina left the show and sued the production company over alleged mistreatment. She claimed that the producers set up scenes of her overeating.

Following her exit, Gina handled her weight loss journey herself and lost an impressive amount of weight. She proudly shared her journey and encouraged fans to be healthy and live “minute by minute.”

She often treated her followers to videos of herself dancing. She also made use of her social media account to chat with her fans, share her progress and encourage those who face the same struggle. Despite good results, Gina shared that she didn’t feel “good enough” or “not worth it.”