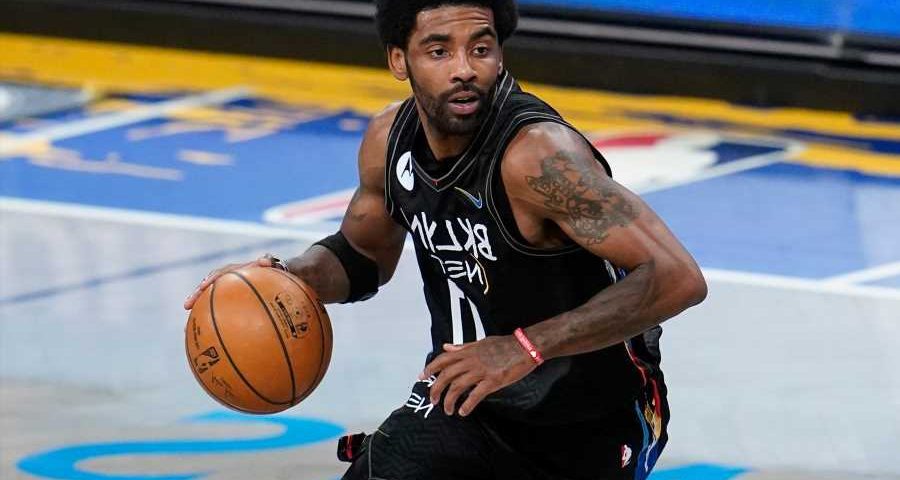 Kyrie Irving and the Brooklyn Nets have been locked in a staring contest since the star point guard decided he’d rather not play basketball in New York than comply with the city’s vaccine mandate.

The team on Friday night confirmed reports that it has welcomed Irving to take part in “games and practices in which he is eligible to participate.” The Nets had previously told Irving his services were not necessary unless he could participate in the team’s full schedule — including games in New York, which would have required him to get vaccinated.

ESPN’s Adrian Wojnarowski reported earlier Friday evening that once Irving is able to pass a series of Covid tests and prove that he is in shape, he will play in the team’s road games outside of New York City. Wojnarwoski added that injuries and a strain on former MVP Kevin Durant inspired the decision to bring Irving in for relief, to the extent that he can offer it.

Irving was featured prominently in Rolling Stone‘s bombshell pre-season report on the NBA’s burgeoning Covid crisis. Dozens of players were unvaccinated as training camp began, none of them more prominent than the outspoken superstar with a history of dabbling in conspiracy theory. Rolling Stone reported that he dove in head-first with regard to the pandemic, following and liking social media posts from an Instagram account that claimed the vaccine is part of a Satanic scheme to connect Black people to a master computer.

Irving confirmed that he was indeed unvaccinated while participating in the team’s media day remotely. When asked at the time whether he expected to play in the team’s home games, he told reporters to respect his privacy. Two weeks later, the team announced it was benching Irving until he fulfilled New York’s vaccination requirement. “We will not permit any member of out team to participate with part-time availability,” General Manager Sean Marks wrote. The team has now changed its mind, less than three months later.