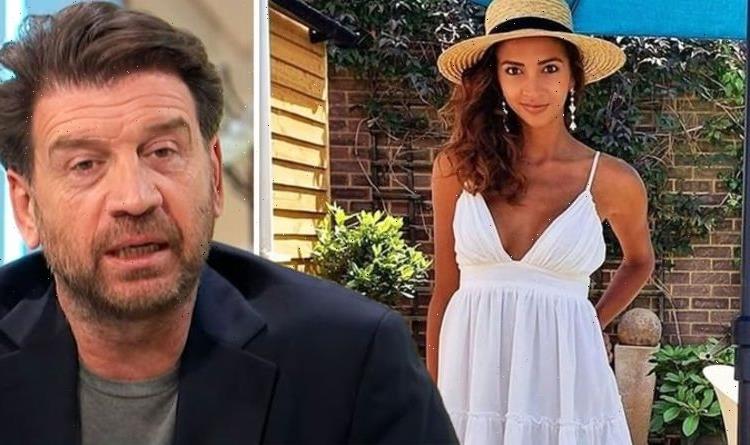 DIY SOS presenter Nick Knowles, 58, is reportedly dating Katie Dadzie, 31, a mother-of-two, whom he met at a children’s playgroup. This comes five years after Nick’s split from his ex-wife Jessica Rose More, 33.

They actually met through their youngest offspring and went on a few playdates as pals, before romance blossomed.

The star went public with Kate when they were seen in a restaurant in Bath together last week, according to sources.

The presenter is said to have met his new girlfriend at a playgroup attended by his youngest son Eddie, seven, whom he shares with ex-wife Jessica.

A source told The Sun: “Nick and Kate have known each other for a couple of years, but it’s always been platonic.

“They actually met through their youngest offspring and went on a few playdates as pals, before romance blossomed. Katie is a beautiful woman, fiercely independent and just Nick’s type.”

The source added that it’s only early days, but everyone is hopeful for the new blossoming relationship.

Nick has recently been in Cornwall with his son, Eddie, posting the sweet snaps on Instagram.

The latest shot, which was taken on August 4, shows Eddie on the beach with their dog, and the sunset behind him.

“But for a boy and his favourite giant pooch – it’s extra special.”

While they were together, Jessica was diagnosed with cervical cancer, and Nick supported her throughout before their relationship took a turn for the worst.

Despite a custody battle over their son, the pair are now on good terms, with Jessica entering a new relationship with RAF engineer William Babbage.

In 2019, Nick started dating again with PR Emily Hallinan, 26, but on Valentine’s Day last year, he announced on Instagram he was single again.

Nick recently hit the headlines after the DIY SOS star had appeared in a Shreddies advert, going against BBC impartiality guidelines.

However, BBC’s rules state that any promotions involving on-screen talent should not “imitate, suggest a reference or connection to pass off BBC content.”

Despite these strict advertising rules set by the BBC, Nick has been allowed to continue hosting DIY SOS.