Nicki Minaj publicly claimed that her cousin’s friend developed ‘swollen testicles’ as a result of the COVID-19 vaccine, however that theory has been denied.

The health minister of Trinidad and Tobago has denied Nicki Minaj‘s claim that her cousin’s friend developed swollen testicles after receiving the COVID-19 vaccine. On September 13, the “Super Bass” rapper tweeted that she would not be attending the Met Gala because she did not want to get vaccinated, and the event required proof of vaccination for all who walked the carpet. Her reasoning for not getting the jab was due to a very bizarre claim that her cousin’s friend became “impotent” and had “swollen testicles.”

Nicki tweeted, “My cousin in Trinidad won’t get the vaccine cuz his friend got it & became impotent. His testicles became swollen. His friend was weeks away from getting married, now the girl called off the wedding. So just pray on it & make sure you’re comfortable with ur decision, not bullied.” In a press conference the following day, Health Minister Dr. Terrence Deyalsingh explained that he “had to check and make sure that what she was claiming was either true or false.”

He continued, “We unfortunately wasted so much time yesterday running down this false claim. As far as we know, at this point in time, there has been no such reported either side effect or adverse effect,” Deyalsingh said. “… As we stand now, there is absolutely no reported such side effect or adverse event of testicular swelling in Trinidad or … anywhere. None that we know of anywhere else in the world.” 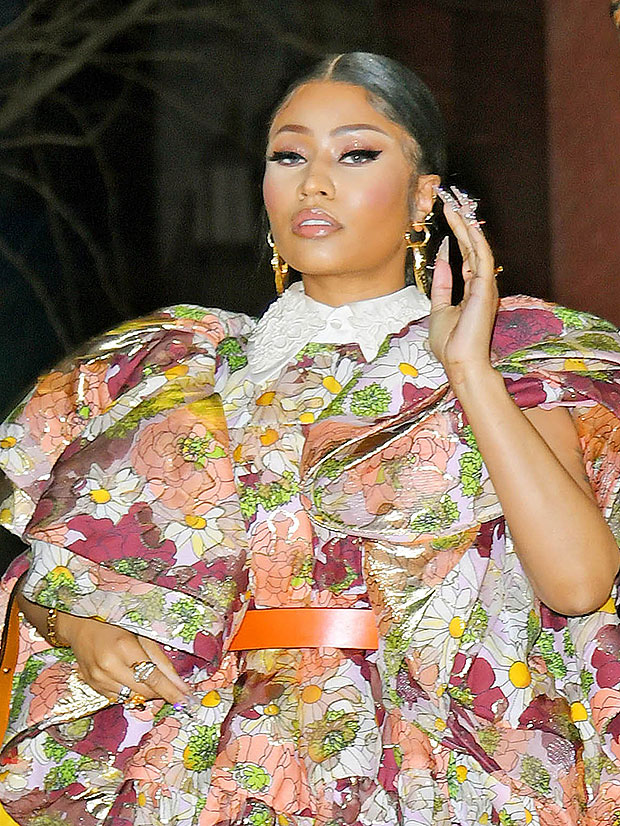 Deyalsingh also noted his frustration that he had to investigate the rapper’s very public claims. “What was sad about this, is that it wasted our time yesterday, trying to track [it] down. Because we take all these claims seriously, whether it’s on social media or mainstream media,” he said. Dr. Anthony Fauci also weighed in on Nicki’s anti-vaccine stance during his latest appearance on CNN. The 80-year-old physician and immunologist explained to Jake Tapper that the 38-year-old rapper was “spreading misinformation.”

“Is there any evidence that the Pfizer, Moderna, or the [Johnson & Johnson] vaccines cause any reproductive issues, in men or women?” Jake asked Dr. Fauci. “The answer to that, Jake, is a resounding no,” he replied. “There’s no evidence that it happens, nor is there any mechanistic reason to imagine that it would happen.”