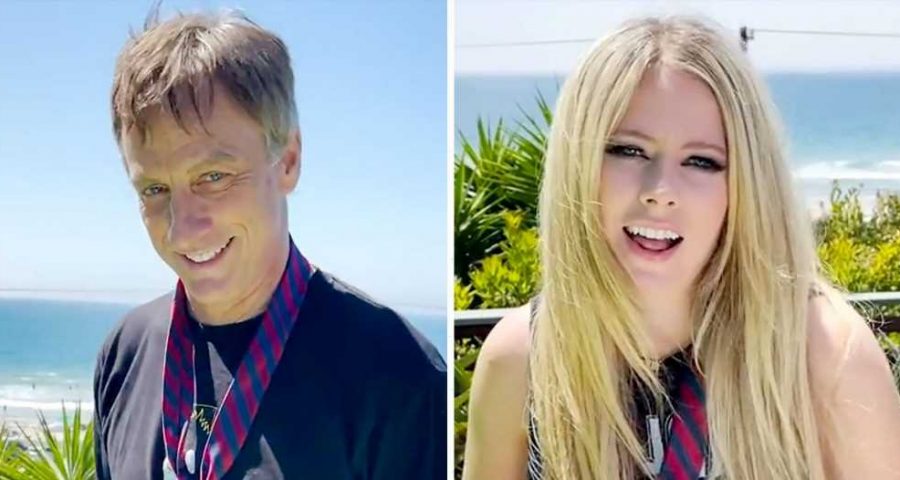 He was a boy, she was a girl — and they were both legends of the early 2000s. Avril Lavigne recently joined TikTok with the help of the preeminent skater boy himself, Tony Hawk.

The “Complicated” singer, 36, joined the app on Monday, June 21, with a video of herself lip-synching to her 2002 hit “Sk8er Boi.” As she launched into the chorus, the camera cut to the professional skateboarder, 53, grinning before he skated down a backyard ramp.

Within less than 24 hours, the Canadian songstress’ TikTok debut racked up more than 3.1 million likes and 78,000 comments, including several from incredulous fans noting how well both Hawk and Lavigne have aged. “So … we all just non-aging vampires now?!” wrote one commenter. “What in 2003 is this???” asked another.

Other viewers were simply delighted by the union of two aughts icons. “I think my experience on TikTok is complete,” commented one follower. “Avril has made 2021 worth living,” added another. The official TikTok account also weighed in, writing, “Name a more iconic duo … I’ll skate.”

Avril Lavigne Through the Years

Lavigne’s song “Sk8er Boi” appeared on her debut album, Let Go, and peaked at No. 10 on the Billboard Hot 100. The track was nominated for Best Female Rock Vocal Performance at the 2003 Grammys and the music video was nominated for Best Pop Video at the 2003 MTV Video Music Awards. It lost to Sheryl Crow’s “Steve McQueen” and Justin Timberlake’s “Cry Me a River,” respectively.

Her most recent album, Head Above Water, came out in February 2019. “I wanted to make this record about the vocals so you could really hear the lyrics and feel the emotion because sometimes the music can be overbearing,” she told Entertainment Weekly at the time. “I kind of felt like I was going back to my roots — I got my start in church and musical theater before I started writing my own music.”