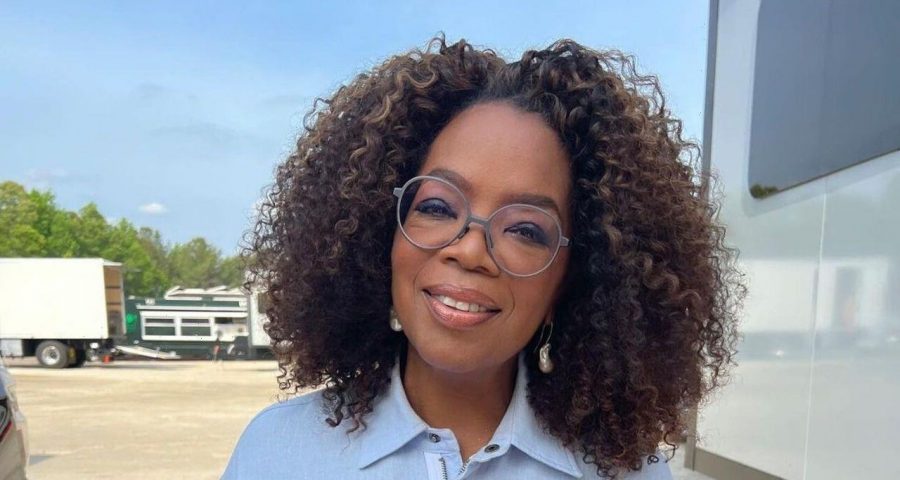 The former daytime talk show host has applauded the University of Cape Town Vice-Chancellor for receiving an honor over her ‘impact, leadership, and advocacy in the field of African education.’

AceShowbiz –Oprah Winfrey sends love to Professor Mamokgethi Phakeng after the latter won the new Africa Education Medal. The honour, founded this year by T4 Education and HP, in collaboration with Intel and Microsoft, recognised the University of Cape Town Vice-Chancellor for her “impact, leadership, and advocacy in the field of African education.”

“Congratulations to you, Professor, on being named the winner of the Africa Education Medal. It’s an honour recognising leaders who are making a positive impact on education. I don’t know anyone who deserves it more, because I’ve witnessed first-hand through your support of the Oprah Winfrey Leadership Academy in South Africa how your vision and your passion and your commitment has made such a difference in the lives of so many students,” Oprah, 68, said.

“I honour the vital work that you do in education and I celebrate you as a forward-thinking, visionary leader for such a time as this. Congratulations, and blessings on your life.”

Professor Phakeng was chosen as the winner from among 10 finalists for the medal from across the continent including H.E. Jakaya Kikwete, former President of Tanzania.

Professor Phakeng said, “It is the greatest honour to be recognised for my life’s passion. Quality education is the key to Africa’s future and I’m so grateful to HP, Intel and Microsoft for this award that I hope will inspire others across our continent to further the cause of African education.”

Data shows sub-Saharan Africa has the highest rates of education exclusion in the world, with more than one-fifth of children between the ages of 6 and 11 out of school and girls particularly disadvantaged.

Professor Phakeng is among the world’s leading scholars in mathematics education. Growing up in rural and township South Africa during Apartheid, she became the first black female South African to achieve a PhD in Mathematics Education in 2002 and is “determined not to be the last.”

She has published more than 80 research papers and five edited volumes that continue to shape mathematics education in classrooms across Africa and beyond, with her research focusing on language practices in multilingual mathematics classrooms.

Her research and community work have also won many prestigious awards including the Order of the Baobab (Silver) conferred on her by the President of South Africa in April 2016.

She was named the most influential woman academic in Africa by CEO magazine in 2014, and in 2020 she was included in Forbes’ inaugural list of the 50 Most Powerful Women in Africa. This year she became the first African to be elected chair of the International Alliance of Research Universities, succeeding Professor Stephen J Toope, Vice-Chancellor of the University of Cambridge.