Oti Mabuse, 29, and Kelvin Fletcher, 35, joined Strictly Come Dancing 2019 spin-off show host Rylan Clark-Neal, 30, on It Takes Two today. The BBC host cheekily scolded Kelvin as he warned the Emmerdale actor to remember his dance partner is Strictly judge Motsi’s sister. Speaking about their routine, Rylan mused: “The judges reaction said it all. “Craig thought it was filth, Bruno said he was basking in the after glow, Shirley was going red all over and has never seen a man Rumba like that.

“Was that the plan to just seduce the judges with your hips?”

Kelvin replied: “Not at all,” before Rylan interjected: “Don’t lie to me Kelvin!”

The actor admitted he didn’t expect to get the comments he received from the judges and added he was full of nerves.

“That’s the most nervous I’ve been in the show. I don’t know why. Normally when the music starts your nerves start to disappear and they didn’t,” Kelvin explained.

“Throughout the dance I was petrified and it was a really weird energy I had. So I was relieved to get through the dance with hardly any mistakes.”

Before Rylan pointed his finger towards the soap star, and warned: “Remember that’s Motsi’s sister. Right. Just remember she’s keeping one eye on you.” 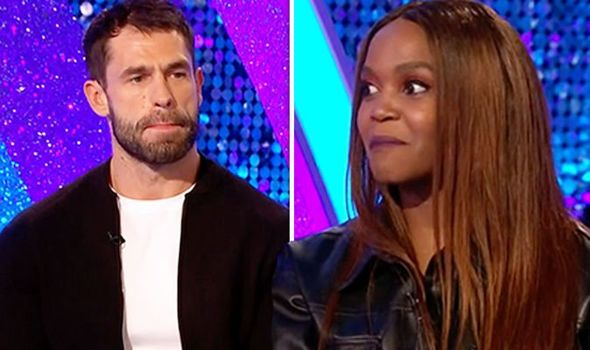 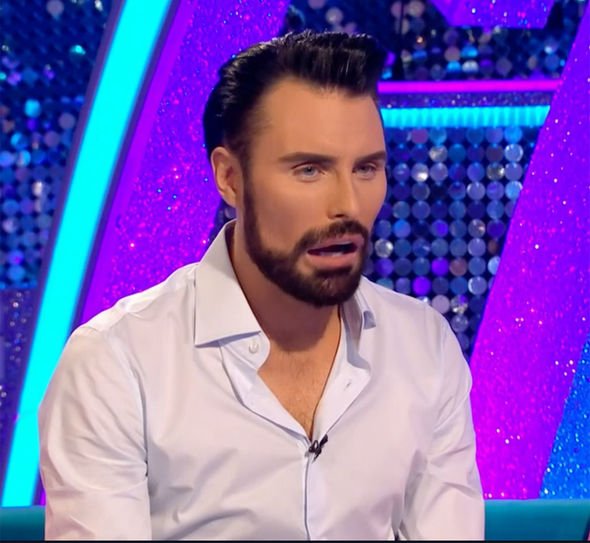 Oti and Kelvin laughed off the cheeky jibe, before the professional dancer joined in on the joke placing a cushion in between herself and the Emmerdale star in an attempt to separate them.

Their appearance on the Strictly spin-off show, comes after the dancing duo stole the show with their sultry performance.

The couple scored an impressive 36 points for their saucy Rumba to Ain’t No Sunshine by Bill Withers.

The dancing duo received the second highest score on the leaderboard with CBBC presenter Karim Zeraoul and dance partner Amy Dowden beating the pair with 38 points. 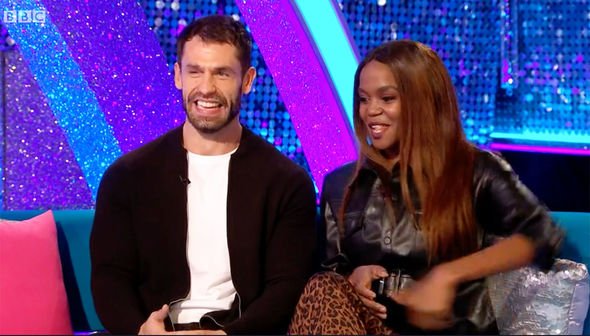 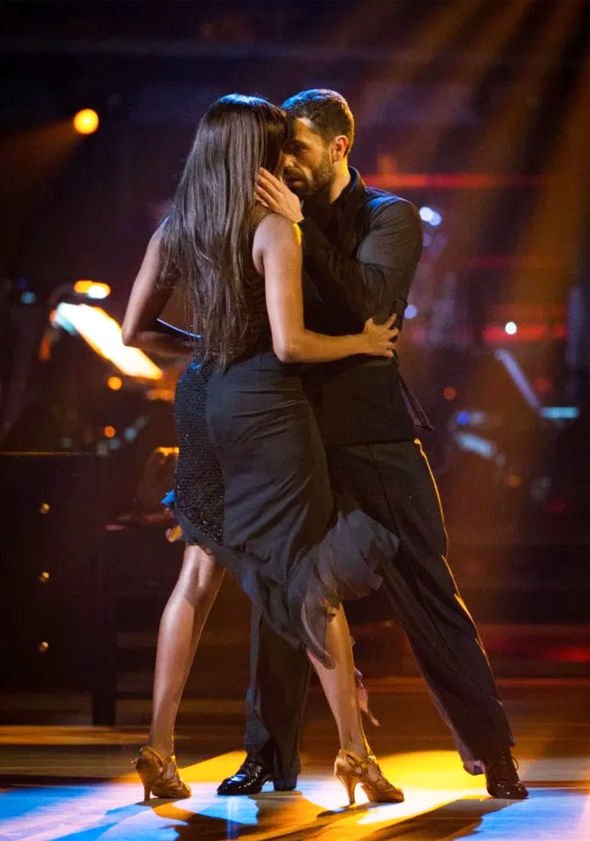 The Australian beauty appeared visibly emotional on It Takes Two yesterday where she admitted she was “shocked” about the dancing duo’s elimination.

The professional dancer revealed her celebrity dance partner did exactly what was asked of him from the judging panel.

Dianne said: “I mean the [judges] gave us great comments. They said the dance was great they just wanted him to be a little bit more cheeky in that Cha Cha.

“And I feel Dev went out there and did exactly what they said. And we just approached it that way.”

Strictly Come Dancing returns on Saturday at 6.40pm on BBC One.