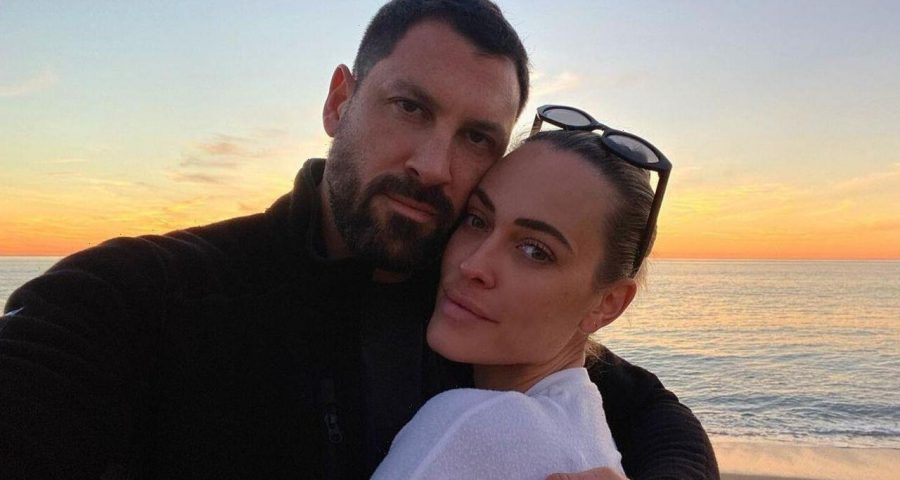 The ‘Dancing with the Stars’ pro member shows off her growing belly in a series of pictures on social media after announcing she is pregnant with her second child.

AceShowbiz –Peta Murgatroyd has a bun in the oven. The 36-year-old dancer – who is famed for appearing on “Dancing with the Stars” – has broken the news that she’s expecting her second child with Maksim Chmerkovskiy.

“All natural, it happened. I didn’t even know I was pregnant for so long until I was really feeling sick. I danced through ‘Dancing with the Stars’ with it. I started feeling weird, started feeling a little bit sick and a little bloated and I didn’t want to test for weeks,” shared Peta – who has suffered three miscarriages and has also been open about her fertility struggles on social media.

Pete took a pregnancy test at around the “six or seven-week” mark of conceiving and she was shocked by the result. She told PEOPLE, “I think it was the fastest positive I’ve ever seen in my life. It just came up super quick and I was just shocked.”

“It’s been completely different from my past pregnancy. It wasn’t like I jumped for joy and I shouted from the rooftops, ‘Oh my God, I’m pregnant. Yay!’ It was more like a, ‘Okay, well let’s see what happens because I’ve been through this four other times, and it hasn’t worked.’ So I was very skeptical. I didn’t even tell Maks for a while.”

Peta already knows the sex of her baby, but she isn’t sure when she’ll announce it. The TV star – who has Shai, five, with Maks – said, “I can’t wait. I need to know those things.”

Peta also opened up about her pregnancy cravings, revealing she’s currently obsessed with savoury snacks. She added, “I don’t feel like ice cream. I don’t feel like cookies right now. I mean, that could all change. I just want bread and pasta and rice and all the good stuff.”